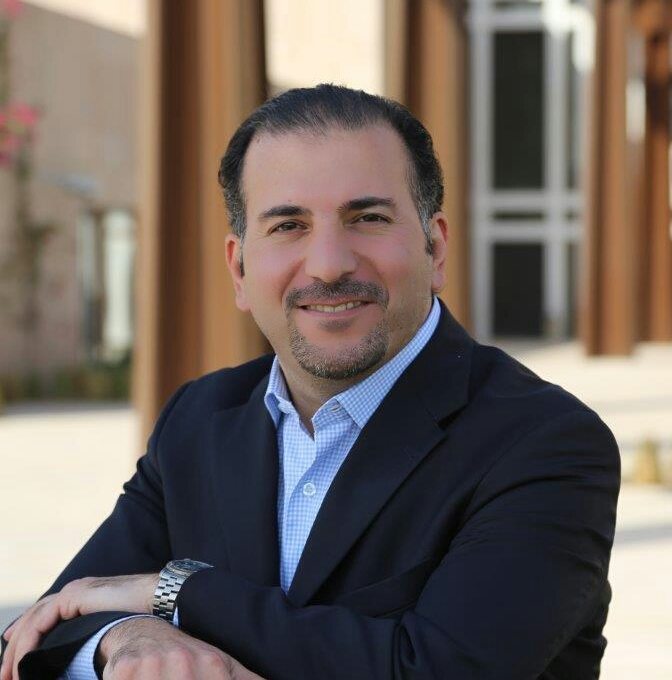 INJAZ Al-Arab, the regional office of Junior Achievement Worldwide (JAW), has appointed Akef Al-Aqrabawi as the organization’s CEO. This appointment comes in lieu of the departure of Soraya Salti, who stepped down as the leader of INJAZ after numerous years of passionate and dedicated service.

Commenting on the leadership changes at INJAZ Al-Arab, Sean Rush, President of JAW said: “Since joining us in 2000, Akef has been instrumental in providing operational support to INJAZ member nations, including expansion, fundraising, capacity building, and networking. His pioneering efforts have actively supported the organisation in raising its profile of what we do among key stakeholders and the public, and we are confident his foresight in his new role as CEO will lead to further growth in the future.

We would also like to thank Soraya for her years of dedication as the founder and creator of INJAZ Al-Arab. During her tenure she worked tirelessly to inspire Arab youth to realise their potential and truly was the driving force for our growth throughout the region over the past decade. As we look to the future, we believe INJAZ will continue to play a pivotal role in championing opportunities for youth and are confident that with more than 17 years of experience, Al-Aqrabawi has the right skillset to take the organisation to the next level.”

As part of his role, Al-Aqrabawi will provide both operational and strategic support to the organization on core matters including educational leadership, strategy, business operations and fundraising with the overall objective of promoting workforce readiness, financial literacy and entrepreneurship amongst youth in the Arab World.

Al-Aqrabawi was among the originators of the first JA MENA branch in Jordan in 2000, managing public relations, volunteer recruitment and fundraising.  His extensive involvement establishing INJAZ Jordan as a regional role model enabled him to successfully implement an operational strategy to roll out JA across 14 countries in the Middle East and North Africa, starting 2004, which resulted in empowering over 2 million Arab youth supported by over 22 thousand volunteers and 200 board members.

In his previous roles, Al-Aqrabawi held planning and research positions at Jordan’s Ministry of Water and Irrigation and Swiss healthcare intelligence conglomerate IMS Health. He holds a Bachelor’s degree in Archaeology from Mu’tah University, Jordan.

Today, INJAZ Al-Arab is recognised as one of the world’s most influential and prominent NGOs by The Global Journal. The ranking awards dynamic and innovative NGOs across the world for their impact on a social, economic and humanitarian level.