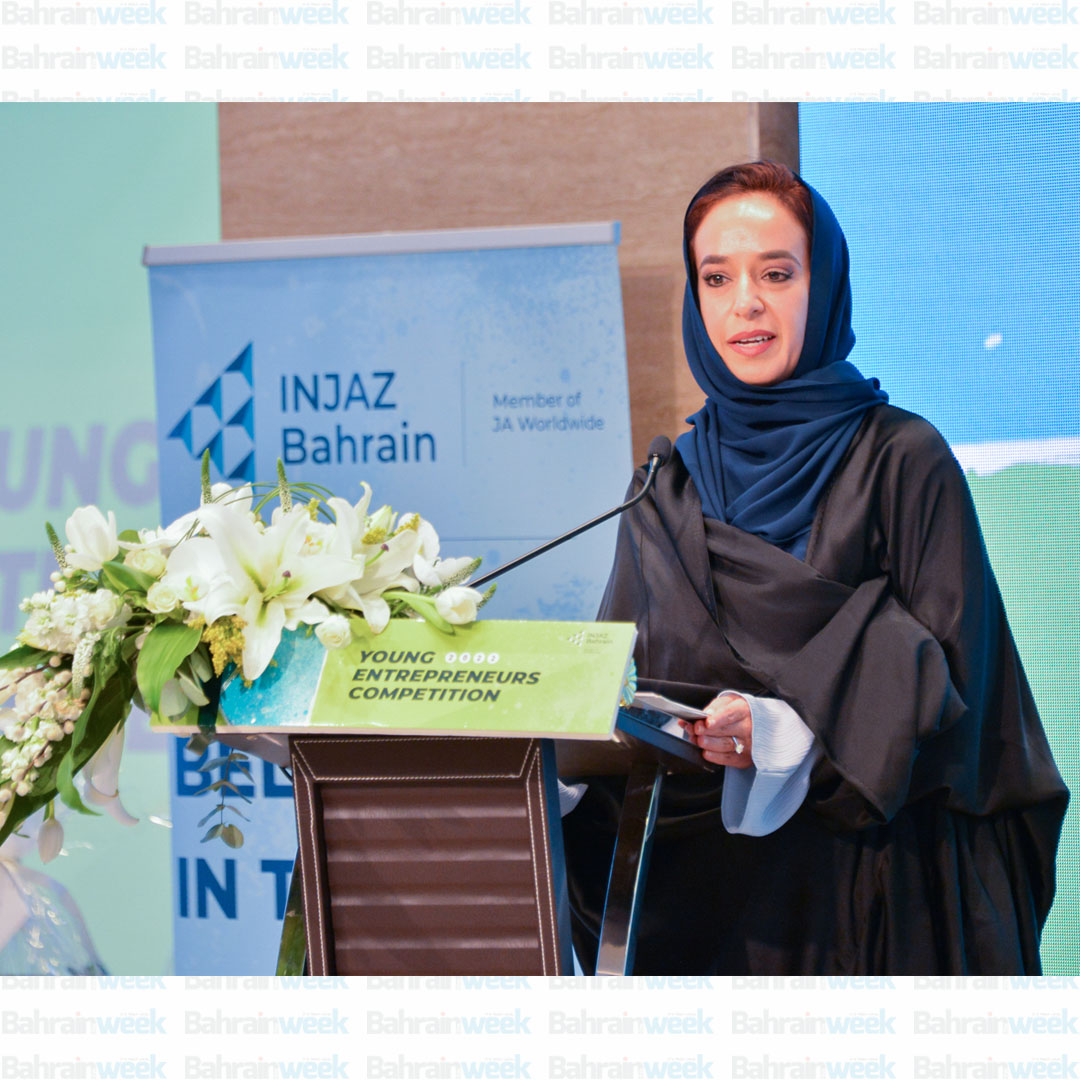 The flagship competition which aims to enhance the entrepreneurial skills of Bahraini youth, create job opportunities in the market, and stimulate the economy reflected on the growth and culmination of hard work exhibited by INJAZ Bahrain students throughout the year. Among the participating teams, 11 teams have been recognised for their business innovation skills and were named winners of 2022.

“Mirage” from “University of Bahrain” won the “Excellence in Technology Award” sponsored by AWS.

H.H Sh. Hessa Bint Khalifa Al Khalifa, INJAZ Bahrain Chairperson, praised INJAZ Bahrain as one of the leading initiatives to support Bahraini youth to start their entrepreneurial journeys and commented on the success of the 14TH edition of the annual competition: “At INJAZ Bahrain, our mission is to construct a platform where young people are encouraged and supported to use their creativity and innovation to develop a knowledge-based economy through our partnerships and programs. The Company program, our flagship program, was a great success this year, which is a genuine testament to the exceptional work and dedication of our students. We have seen incredible efforts this year and I would like to congratulate the winning teams and wish them the best of luck in the regional competition. I would also like to convey my sincere gratitude to our partners, sponsors, volunteers, educators, staff, and alumni for their unwavering commitment to delivering on the INJAZ Bahrain mission.”