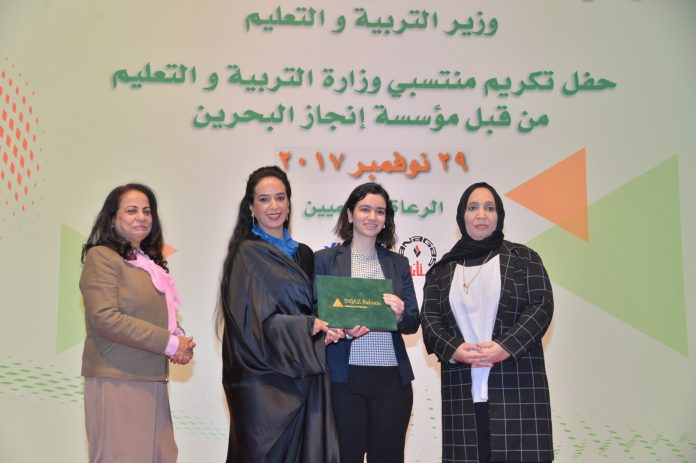 The event honoured educators, Ministry of Education officials, schools and universities coordinators who are actively involved in the organization’s programs. In presence of H.H Shaikha Hessa Bint Khalifa Al-Khalifa, the Executive Director of INJAZ  Bahrain, INJAZ Bahrain Board Members , Ms. Latifa Al-Bunodha , Undersecretary for General and Technical Education, on behalf of his Excellency the Minister of Education , Private Directorate and other VIP officials at the Ministry of Education. 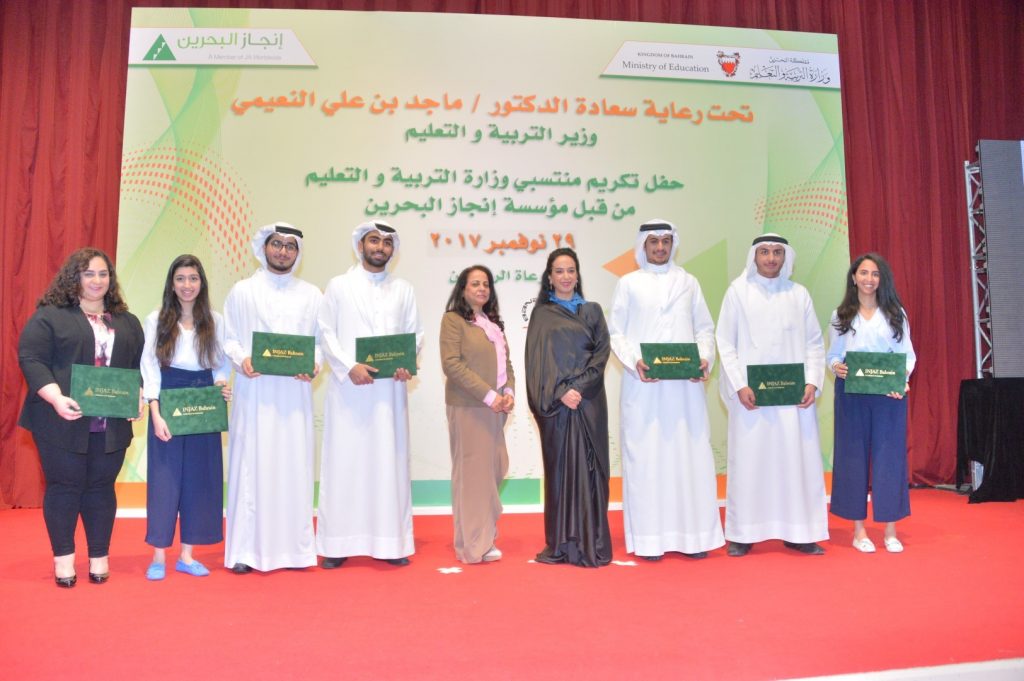 Certificates of appreciation were distributed to all participating school coordinators for their efforts and valuable contributions over the 2016-2017 academic year. Trophies were also handed out to the Best Schools and University for 2016-2017 and to the Ministry of Education for their lasting support in implementing INJAZ Bahrain programs. 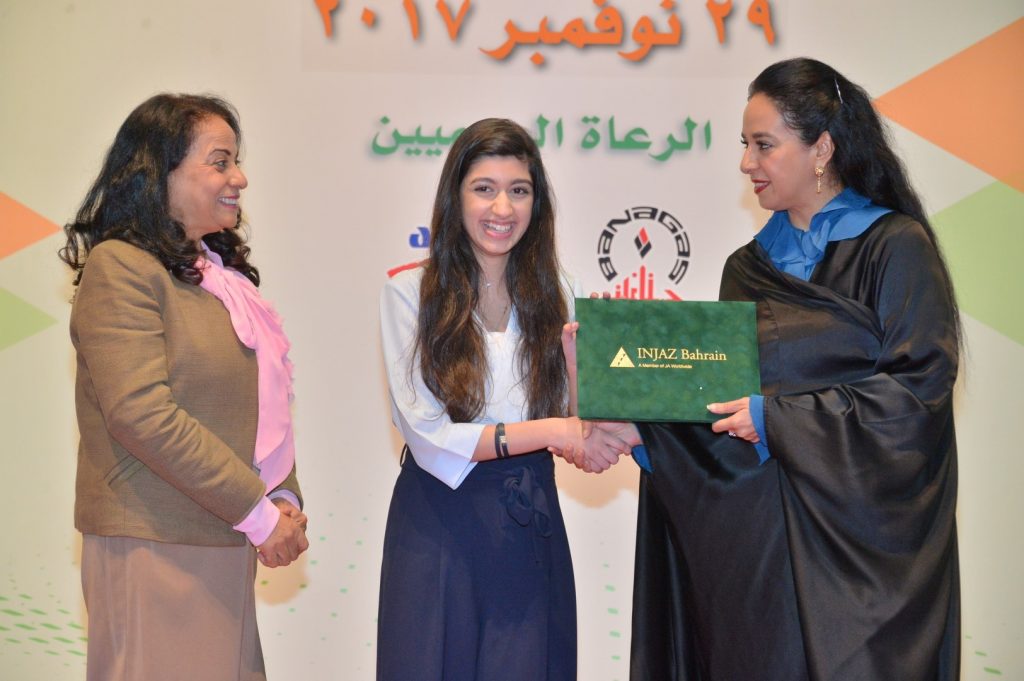 INJAZ Bahrain shared its success in inspiring youth where students from Al Isteqlal Secondary Girls School, the winners of “Students Company of Best Social Impact “of the National Company Competition shared an inspiring speech about the program impact and how it helped in developing their skills and form their personalities. During the event INJAZ Bahrain granted team “Machla” from Ibn Khaldoon National School competing in the school’s division, and team “Royal Creators” from the Royal University of Women competing in the universities division that represented the Kingdom of Bahrain in the 11th Annual Young Entrepreneurs Competition 2017 that was held in Egypt last week .Team “Machla” qualified for more than four awards: “Citi Client Focus Award” by City Foundation, “High School of Best Social Impact”, “High School Best Product”, and were among the top three candidates for the “Best High School Company of the Year award”. Team “Royal Critters” qualified for the MBC Al Amal Pitch Award of the Year and were also ranked among the top three. 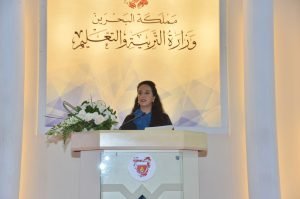 “Thirteen years have passed since the inception of INJAZ Bahrain and we are very proud of the achievements accomplished by the organization to date in partnership with the Ministry of Education and the private sector. In order to qualify young people to be the best option when they graduate and engage in the field of work we seek school’s support for our programs within the classroom. The presence of the teacher with the volunteer reflects the real partnership between the public sector represented by the Ministry of Education and the private sector represented by the volunteer. 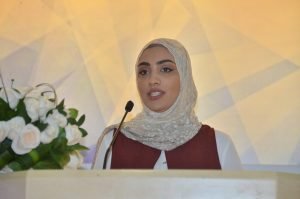 At INJAZ Bahrain, we are working according to strategic plans, perhaps the most important of which is to set all our efforts and provide all the resources to reach as many students as possible each year.  We have reached 150,000 students since 2004 to this semester at all levels of education and we hope that this number will double in the coming years. We know that the target is great, but with God’s will and the commitment of all involved parties we will achieve our goal. The awareness of the community of our mission and the positive impact of our programs has increased and that helped us to win the cooperation of the volunteers, the support of the educators to cooperate with us. We are working hard to attract and encourage the youth to engage in volunteer work, which is the cornerstone of our success, the continuation of our organization, and the development of the Kingdom of Bahrain. ” Said H.H. Shaikha Hessa Bint Khalifa AlKhalifa

With the support of 659 volunteers who were instrumental in reaching over 20,000 students in –88 primary,40 intermediate, and  30 secondary, 3 technical government and 12 private schools, as well as 3 universities over the course of the fall semester 2017-20178.

Gulf Air, the national carrier of the Kingdom of Bahrain, announces that it has resumed its direct flights to and from Dhaka’s Hazrat Shahjalal...
Read more
Sports This Week