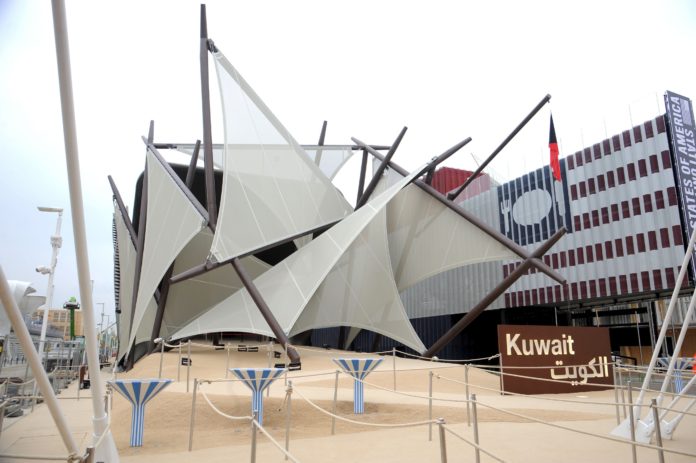 Representative of HH the Prime Minister of Kuwait Sheikh Sabah Al-Khaled Al-Hamad Al-Sabah, Minister of Information and Minister of State for Youth Affairs Abdulrahman Al-Mutairi, said that Kuwait’s pavilion at the Dubai Expo 2020 aims at showing the country’s strategic development projects and humanitarian efforts across the globe.

Kuwait’s outstanding participation in the largest exhibition in the world is also meant to enhance its regional and international status and attract foreign investors, the minister told reporters after inaugurating Kuwait’s pavilion at the Expo. The slogan “New Kuwait … a new opportunity for sustainability” was chosen for Kuwait’s pavilion because it will shed light on the country’s endeavors to achieve sustainability and development. The pavilion offers several innovative ideas and showcases Kuwait’s history, added Mutairi.

Kuwait Times Deputy Editor-in-Chief Abdullah Boftain said Kuwait’s participation in Dubai Expo 2020, which is the largest gathering to exchange cultures and display the latest in science, ideas and modern achievements, is considered an added value and a bright chapter in Kuwait’s present and future record. Boftain said Kuwait’s pavilion in the Expo is the fruit of efforts and cooperation between an elite group of innovators who worked on the pavilion’s details to make it emerge magnificently before the world.

He said Dubai Expo 2020 is a fantastic idea for Kuwaiti creative youth to be present at the largest exposition in various fields, be they political, economic and cultural, and learn about the latest developments in the world. Editor-in-Chief of Kuwaitiya newspaper Dr Zuhair Al-Abbad said Kuwait’s participation in this global event is a clear message that it is moving progressively towards a bright future. He said the pavilion attracted visitors and Arab and foreign media interest with its creative design and content.

Thousands of people toured Dubai’s Expo 2020 on the opening day on Friday, as the COVID-delayed world fair finally opened its doors one year late. Visitors strolled or rode electric bikes around the huge showground, which has been built from scratch at a cost of about $7 billion on Dubai’s desert outskirts.

“It is really a source of pride that Dubai is hosting an Expo, which means a global event,” said Aysha Hussein, a 20-year-old student and Emirati citizen. “We are all excited about the event,” she added, as robot information systems buzzed down the shaded boulevards and formation jets plumed colored smoke overhead. Dubai is hoping to attract millions of visitors in a boost to its profile and standing during the six-month fair.