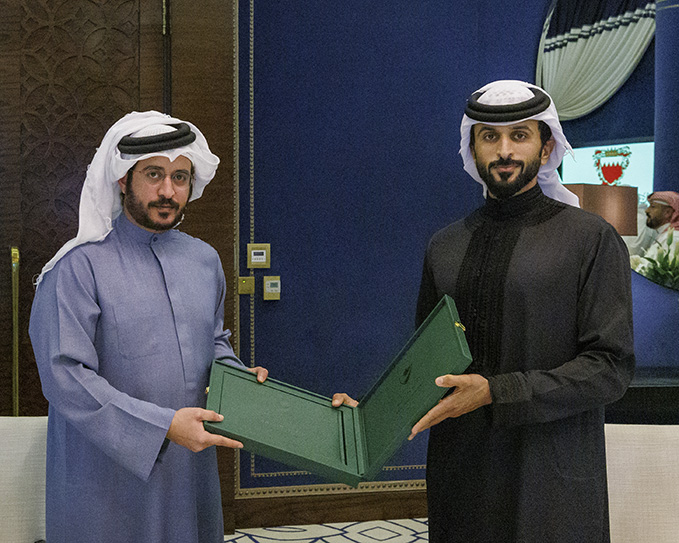 HM the King’s Representative for Humanitarian Work and Youth Affairs His Highness Shaikh Nasser bin Hamad Al Khalifa chaired the meeting of the Supreme Council for Youth and Sports (SCYS).

He received the GSA report from HH Shaikh Khalid bin Hamad Al Khalifa and reviewed the authority’s achievements since its establishment in May 2021.

The meeting included a presentation of the administrative performance and achievements made by the authority to serve the sports institutions in the Kingdom.

HH Shaikh Nasser bin Hamad praised the Olympic Park project proposal as an integration of a series of infrastructure projects to develop the sports sector in the Kingdom and will include innovative facilities to attract visitors and revitalize sports tourism in Bahrain.