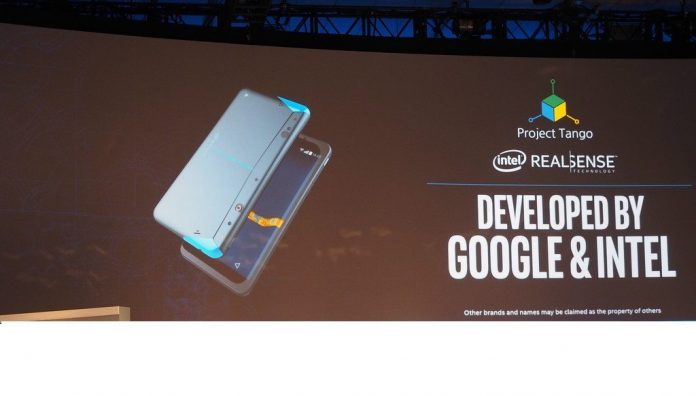 In a demo, Intel CEO Krzanich showed how you can scan your home environment with the combination of Tango and RealSense, and then convert it into a digital form. The demo scanned an environment and showed it on the display of an animated smartphone. You could manipulate the image and do what you want with it. The demo fit in with Krzanich’s statement that computing senses will be ubiquitous in the future.

Computing in the future, according to Krzanich, will be built on “sensification,” or the instrumenting of the world with computing sensors. It will also be “smart and connected,” he asserted — built on the Internet of things. And computing will be an extension of you. It will, in other words, be used to express your wishes to your environment and the outside world.