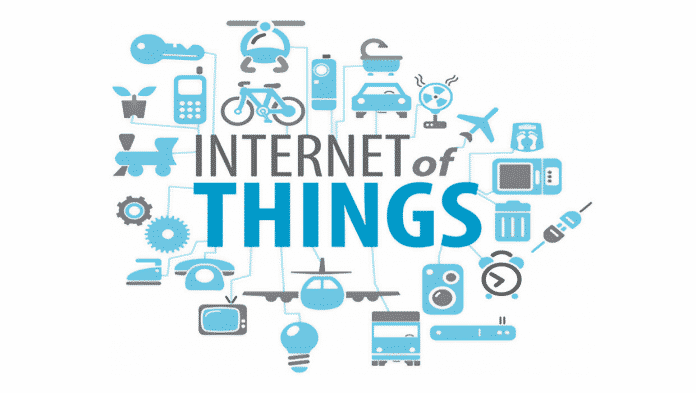 After many years of human communication through the Internet, the time for a new era has emerged with different elements of the globe are being interconnected. Jeremy Rifkin, the European Union consultant and author of the Third Industrial Revolution, said that; the Internet in the future will allow energy exchange as well as information exchange.

Envision a reality where billions of items can detect, convey and share data, all interconnected over Internet Protocol (IP) networks. These interconnected items have data that is consistently gathered and analyzed giving a wealth of intelligence for business planning, management, and decision making. This is the universe of the Internet of Things.

In contrast to the computers and mobile devices that were in use over the last two decades, the IoT is not a product or a system that an organization will deliver and offer to many consumers. The IoT is another idea of how we live and deal with our business utilizing the Internet. In this manner, there is no company or organization that could control this market.

IoT has significant benefits to many industries such as Healthcare.  IoT will improve employees’ productivity through remote monitoring of the staff. In addition to that, the usage of resources will be more efficient because of the IoT ability to locate and identify equipment status. In transportation, IoT increases safety and enhances the customer experience through real-time driving behaviour and traffic diagnostics. In the Oil and gas industry, IoT will reduce the cost of operations by using smart components. On the other hand, it faces some challenges such as security and privacy issues, lack of interoperable technologies and standards, huge network and data management concerns, and connectivity related difficulties.

Kingdom of Bahrain, was the first in the Gulf Council Countries (GCC) to issue standards for IoT connectivity. Bahrain encourages the utilization of the frequency band for IoT (NB-IoT) systems within the international mobile communication systems. Bahrain is among a few Middle Eastern countries to contribute to International Telecommunication Union and to propose another working record intending to blend the utilization of the IMT spectrum for the narrowband IoT applications.

In the Kingdom of Bahrain, there are many IoT initiatives adopted by different authorities, agencies and ministries. Electricity and Water Authority implement IoT techniques for Distribution Automation. The new techniques cover the automation of the collection, the analysis, and the data execution. Also, the Economic Development Board  (EDB) and Batelco jointly built the “Brinc Centre” which supports and contribute to the Bahrain ecosystem by encouraging the growth of Internet of Things and entrepreneurship in the region.  National Space Science Agency (NSSA) also formed a team that contributed to the launching of the first artificial satellite in 2020. The satellite will be utilized in executing projects related to the use of IoT in monitoring gas discharges from factories using Artificial intelligence (AI) technologies and their applications in the remote detecting field.

Google is “previewing” a new feature here at CES for the Google Assistant on Android phones that turns it into a supercharged screen reader....
Read more
Tech

Lenovo hasn’t made the best bets in virtual reality so far. It seems like the company’s about to try again — according to a...
Read more
Tech

Sony Middle East & Africa has upped its flagship MASTER Series in Bahrain with the launch of the new Z9G 8K LED and A9G...
Read more
Tech

Until there’s a Roomba that takes out the trash, this self-sealing bin from Townew is as close as we’ll get to an automated garbage...
Read more
Tech

Apple is open-sourcing some of its smart home tools to “accelerate the development” of the new smart home standard announced by industry leaders ....
Read more

Friendship Society for the Blind in Bahrain was established in 1981. Initiated by some blind teachers and students for having a society for the...
Read more
Tech

Google is “previewing” a new feature here at CES for the Google Assistant on Android phones that turns it into a supercharged screen reader....
Sports This Week

The latest Diner Amical of the Bahrain Chapter of The Chaine des Rotisseurs was at the Fine Cafe, Reef Resort, Bahrain. On Thursday 12th...
Wheels and Gears

In line with the directives of HM King Hamad bin Isa bin Salman Al Khalifa to the government to undertake the development of a...
Entrepreneurial Journey

I frequently give business tips to the youth in my entrepreneurship awareness lectures. In one such lecture, a person asked me to describe the...
iGA