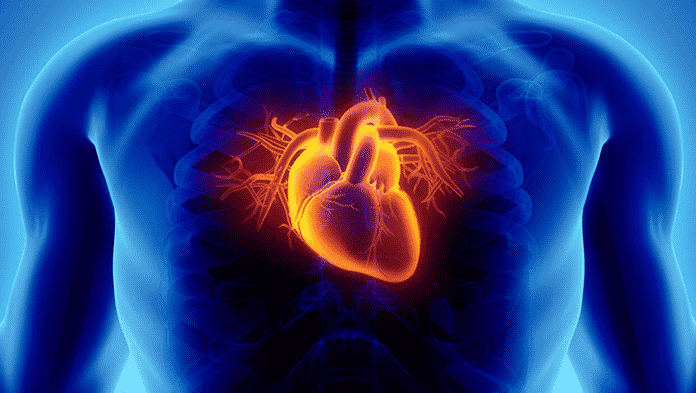 Despite the decline in lschemic Heart Disease (IHO) mortality in both women and men. women remain the majority who die from cardiovascular disease (CVD), with an estimated 515.000 women each year diagnosed with coronary heart disease (CHD).   While we all believe in black holes and gravitational waves in space, which we cannot see.  We are reluctant to make faster progress in the development of better tools to assess functional CAD in the coronary (micro) circulation, which we cannot visualize with an Angiogram.  The topic of IHD in women in both the acute and chronic settings leads to misdiagnoses and often mistreatment. Given the lower burden of Obstructive Coronary Heart Disease (CAD) and preserved systolic function in women. IHD is more specific to women rather than CHD or CAD.  This emphasizes the diagnostic conundrum in confronting the spectrum of possible IHD etiologies in women with chest pain. To improve the diagnosis, treatment and follow up in female populations sex-specific biomarker thresholds and risk stratification tools are needed.

Is the Patho-physiology of lschemic Heart disease different in women than in men?

This is a fundamental question which has to answer because if pathophysiology differs in women, such differences can inform strategies for prevention, detection and treatment that would be most effective for women.  Coronary microvascular disease in particular, is put forward as a major etiologic factor for lschemic Heart disease in women and disability in women (microvascular angina)

Evolving knowledge regarding sex-differences in Coronary Heart disease is emerging. Among clinical cohorts. sex differences are observed which states that Women had a higher prevalence of traditional risk factors for CAD such as cerebrovascular and peripheral vascular disease, sedentary lifestyle and family history of premature CAD.  Clustering of risk factors is common after menopause, notably the combination of obesity, hypertension and dyslipidemia, a phenomenon potentially related to hormonally-mediated metabolic disturbances.  Hypertriglyceridemia is a more potent independent risk factor for women as compared with men. Diabetic women have significantly greater rates of IHD mortality compared with diabetic men and an elevated 3.3-fold IHD risk compared with non-diabetic women.  Non-traditional risk factors for IHD in women include gestational diabetes, insulin resistance, polycystic ovarian disease, pregnancy induced hypertension and auto immune disease (systemic lupus erythematosus (SLE), rheumatoid arthritis and psoriasis). Framingham Offspring study states that women with SLE between ages 34 and 44 years were 50 times more likely to have an acute Ml than women without SLE. Mental stress has adverse prognostic implications and is increasingly recognized as a modifiable non­traditional CVD risk factor in women. Women are nine times more likely to get Takotsubo Cardiomyopathy (TTC), a life threatening condition often brought on by stressful situations that can cause severe, but usually temporary heart muscle failure. This occur most commonly in postmenopausal women.

Need of the Hour

IHD is a significant contributor to morbidity and mortality in women.

Traditional Framingham risk factors viz hypertension, hyperlipidemia, diabetes.  smoking as well as lifestyle habits are all modifiable. By maintaining healthy weight, exercising regularly, avoiding saturated or Trans fats, sugars and high amount of salt, women can reduce their risk of heart disease.  The American Heart Association recommends focusing on heart disease prevention by assessing risk factors and work to keep them low. The sooner you identify and manage your risk factors, the better your chances of leading a heart – healthy life

All the developed countries today passed through different stages of development. Initially, the contribution of the agricultural sector dominates. For example, at the early...
Read more
Uncategorized

Several researchers (inside and outside Bahrain) are reporting, and independent research confirms, that artificial intelligence (AI) will reshape our economy and the roles of...
Read more
Uncategorized

The Bahrain Economic Development Board (EDB) announced it will be hosting the third annual Bahrain Tech Week from September 15 – September 19. The...
Read more
Uncategorized

Bahraini movie lovers are well aware that Science Fiction movies and books that are futuristic with ideological technologies dressed in a story, or are...
Read more

The doshas are biological energies found throughout the human body and mind. They govern all the physical and mental processes and provide a unique...
Read more
Yoga

In Ayurvedic tradition the Kapha Dosha are the mind and body type associated with earth and water. It entails structure and stability in the...
Wheels and Gears

Mercedes-Benz has just pulled the wraps off of a wild new concept car that was inspired by the 2009 movie Avatar called — what...
Beauty

Dry skin and winter season are quite the duo and there are mistakes that can make our skin worse. Here’s a guide to understand...
Tech

Google is “previewing” a new feature here at CES for the Google Assistant on Android phones that turns it into a supercharged screen reader....
Tech

As part of its ongoing co-operation and strong bilateral relations, a delegation from the Ministry of Education visited Ebrahim K. Kanoo Managing Director, Mr....
Wheels and Gears

Gulf Air - the Kingdom of Bahrain’s national carrier – in line with its boutique strategy to add boutique leisure destinations to its network,...
Beauty