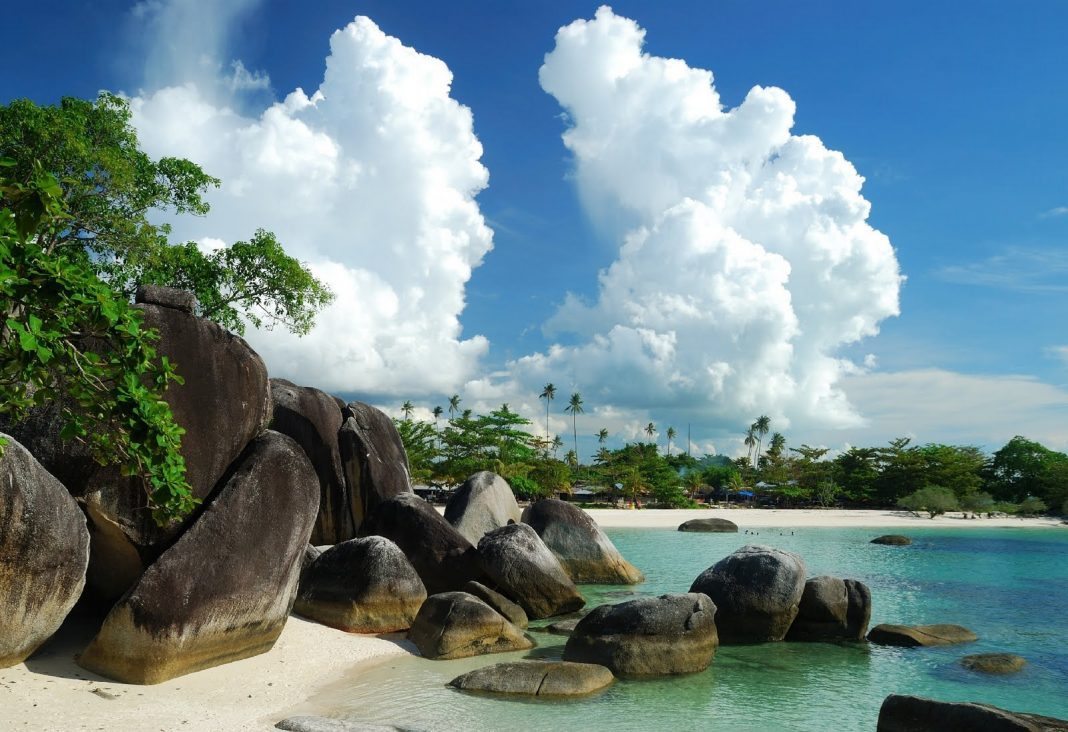 After a full day tour of Jakarta, the team took the next day flight to explore the beautiful Island of Indonesia, well known for its pepper, tin and of course the sandy sea shores, The Belitung. An hour’s flight from Jakarta took us to the Belitung District capital town, Tanjung Pandan.

After a stopover for lunch at the 35 year old house of delicious cuisine; rumah makan belitong timpo duluk, we proceeded to the holy shrine of the Goddess of Mercy, the Dewi Kwan Im Vihara. And towards the late evening we moved on to one of the most iconic granite rock beach sceneries in Belitung, the Tanjung Tinggi Beach. With the bright orange Sun set in the foreground, the miraculous range of colours spread across the evening sky was a feast to our hearts, after a delectable spread of traditional food for lunch and an aromatic cup of coffee we had at Manggar, the capital of East Belitung Regency. With crystal clear water and white sandy beach the place became a hub of tourist activities after being featured in the 2009 Indonesian movie “Laskar Pelangi”. After a heartful dinner, dragging our tired bodies and excited souls anticipating the next day’s island hopping, crashed into the plush beds at the luxurious Aston Hotel.

The morning began with a jump start as we started off to Tanjung Kelayang Island. The island located nearly 27 kilometers from Tanjung Pandan, gave us a warm welcome with its powdery soft sandy beaches and the gulf of granite rocks. Surrounded by small islands that impart blue and green vibrant colour across the water and land made this a perfect place for exotic travel and Panorama. One of the highlights of Tanjung Kelayang is visiting this collection of small uninhabited islands that dot its northeastern shore. Renting a boat is the only way to see them. Also a haven of fishermen boats the panoramic view of blue sea, swaying palm trees, low tides, and gentle tropical breeze helped me unwind myself from all the busy schedules and tensions left far behind at my office in Bahrain. The cherry on top was the delicious coconut water that I had in there. Don’t know if it was my excitement but the one I had was the deliciously sweetest one I could remember ever having in my life.

Our next destination was the adjacent Kepala Garuda Island also known as the bird head island because of the huge Garuda (huge bird) head that welcomes its visitors to the land mass. From there we continued to an island formation of giant granite boulders with 2 main high vertical rock shapes just like a sail where the white sands set as the boat. This is why people of Belitung name this place as Batu Berlayar (Sailing Rock) island. The shallow and clear waters around the island make it a great place for snorkeling. Our next stop, the Lengkuas Island is one of the must-visit small islands near Belitung. We spent approximately 20 mins with fisherman’s boat to come to this island. At first we swam and did snorkeling close to the beach area where the water is crystal clear and surprisingly the fishes were very friendly with the tourists. Lengukas is better known for the colossal lighthouse built during the Dutch Colonial Era around 1882. Still functional, the lighthouse is a tourist spot as well, where we climbed till the 18th floor and had one of the breath taking views of the island and the sandy beaches. The Pulau Burung became one of my favorite destinations during the island hopping tour. A beautiful sandy island with the rocks stacked in the shape of a bird’s head gave an amazing view. The quiet and clean beach is a perfect get away for couples who are looking forward to spend some romantic time together.

Kepayang Island also known as the Babi (Pig) island was the last destination in our island hoping trip. After having the delicious authentic lunch, we had a inspirational tour to the turtle conservatory located in there. The conservatory does the noble deed of breeding the endangered turtle at the center and then releasing them back into the sea. A visit to the local village was extremely rewarding with unique souvenirs to take back home as memories of being at a hidden paradise on earth. As we moved to Bukit Berahu for dinner, it was hard to believe that an adventurous day was coming to an end and the return trip was now just a night away.

A short stopover at Jakarta the following day gave us the opportunity to visit Kota Tua, also known as the Old Jakarta. The city still stands giving its visitors a quick glimpse into the historic structural extravaganza influenced by the Dutch, European and even Chinese architecture.

Finally it was time to board the Ethihad flight back to Bahrain. Carrying with me memories worth this existence, I looked back once again at the receding aerial view of Indonesia. As we crossed the Oceans, deep inside my mind there was nothing but thanks to the Ministry of Tourism and Creative Economy, Indonesia and the Embassy of Indonesia in the Kingdom of Bahrain for the well charted and executed trip. It is now my promise to the Wonderful Indonesia – “Aku akan kembali lagi (I will be back again)”! 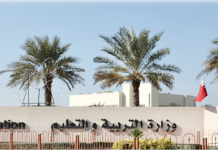 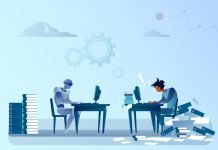