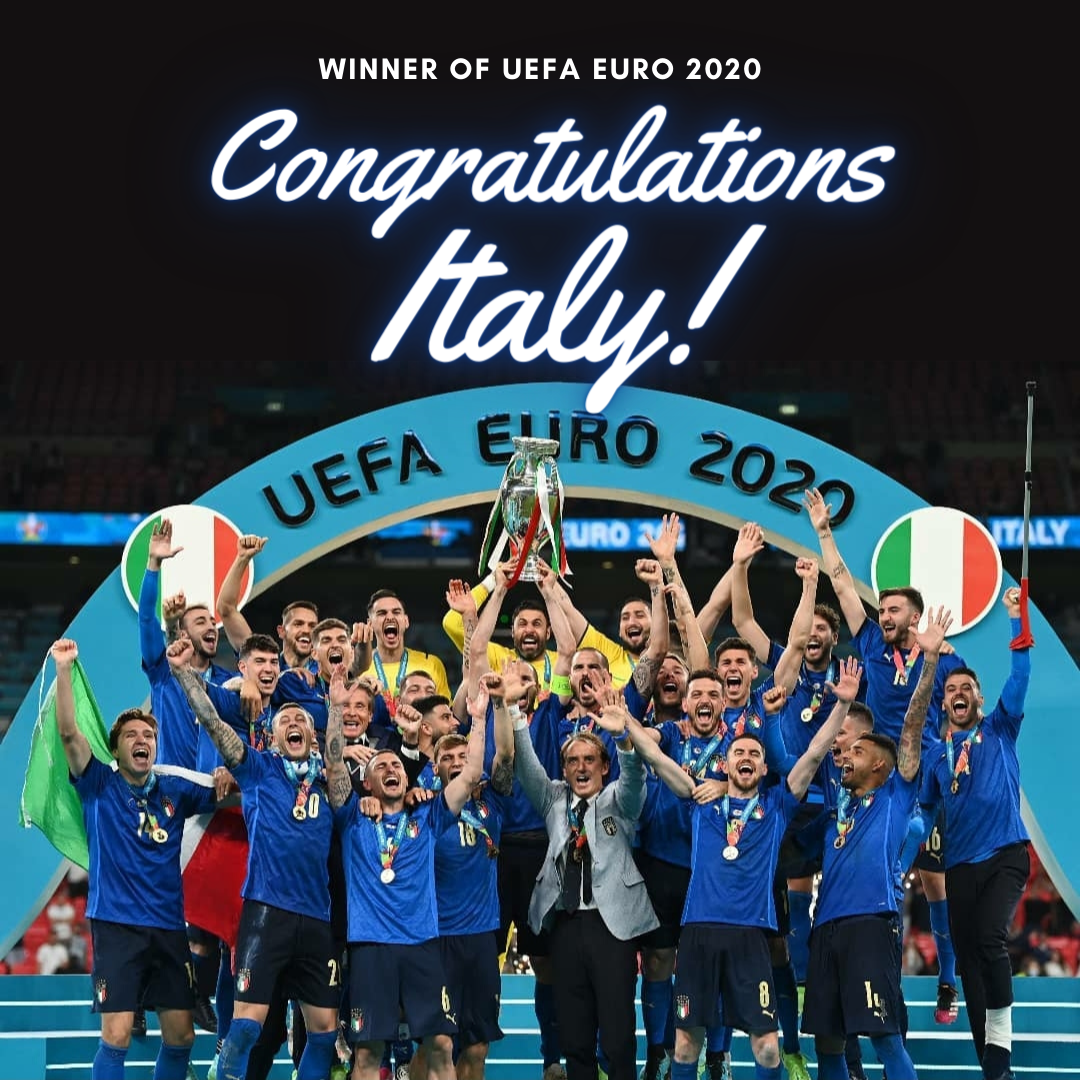 Italy has won the UEFA EURO 2020 after beating England. The Italians had to wait until the 67th-minute when Leonardo Bonucci scored the equaliser. With a score of 1-1 during regular and extra-time, the Italians sealed 3-2 victory in the penalty shootout. This is Italy’s second European championship title since its first win on 1968.