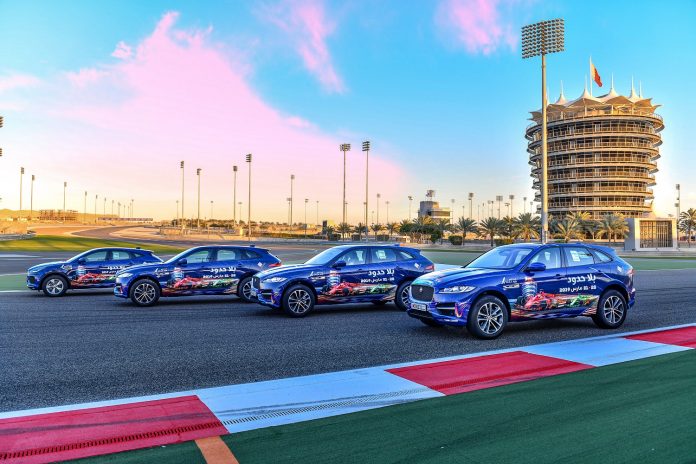 Euro Motors Jaguar Land Rover proudly announces its collaboration with Bahrain International Circuit (BIC), for the Formula 1 Gulf Air Bahrain Grand Prix 2019, which will be held from the 28th to the 31st of March, 2019.

For the fifth consecutive year, Jaguar Bahrain has partnered with BIC to effectively build up hype leading up to the fastest race in the world. As part of the collaboration Jaguar Bahrain are providing four luxurious SUVs, which include 3 Jaguar E-PACE and 1 F-PACE. The four F1 branded vehicles will be used in the BIC promotional tour that will see them being driven around a number of prominent locations in the Kingdom. The 57-lap sprint in the heart of the desert is set to be the 999th World Championship race in the history of the top flight and it will be held as part of its landmark 15th season at BIC.

Besides the races, guests will be treated to a number of exhilarating performances over the four days as well. This year’s off-track entertainment will be headlined by superstar DJ and record producer, Martin Garrix, along with the world-renowned producer, songwriter, DJ and music marvel Kygo. The award-winning superstars will be performing some of their chart-topping hits and are certain to entertain and excite fans from across the Kingdom. 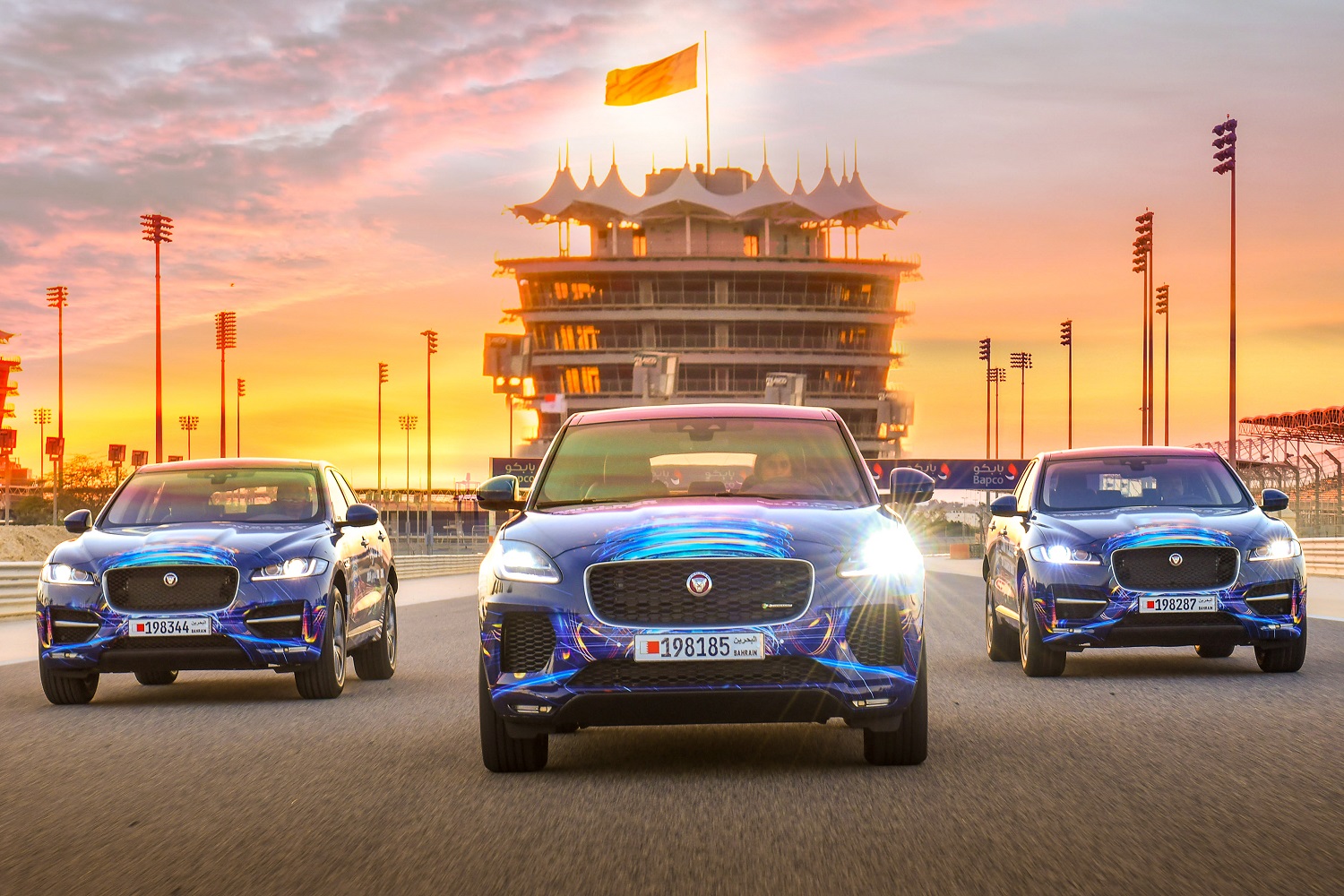 Elaborating on the strategic collaboration, the General Manager of Jaguar Land Rover Bahrain, Mr. Stephen Lay, said: “We are extremely proud to announce that for the fifth year running, we are collaborating with Bahrain International Circuit to be the prime vehicle providers for the Bahrain Grand Prix promotional tour. The Bahrain Grand Prix is the most significant event in the Kingdom and contributes substantially to a number of sectors including the tourism and the motorsport sectors, amongst others. Our prolonged partnership with such an illustrious event is testament to the unrelenting ambition of Jaguar Land Rover Bahrain to positively contribute in every way to the advancement of the Kingdom of Bahrain.”

Apart from the main race that will be held on the 31st of March 2019, the four-day event will also comprise of two highly competitive racing series from across the globe including the FIA Formula 2 Championship, formerly known as the GP2 Series, and the Porsche GT3 Cup Challenge Middle East. In addition, guests will be treated to a number of roaming acts, musical, dance and circus performances throughout the 4-day period as well. Performances leading up to the thrilling race include the Rainbow Ballet, The Dans, Steam Dancers and the Rainbow Carnival amongst others.

“This is the latest in a long line of strategic partnerships that Euro Motors Jaguar Land Rover has undertaken with BIC that strengthens our brands and positions them as vehicles of choice. As the Grand Prix gets bigger, bolder and more colorful with each passing year, our involvement will also continue to enrich the F1 experience in the Jaguar Land Rover way. We confidently hope that this successful venture encourages both parties to more such partnerships in the foreseeable future,” Mr. Lay added.