Have you ever wondered about the differences...
CultureInside BahrainJanabyia junction joins Forever Green campaign with support from Chinese embassy 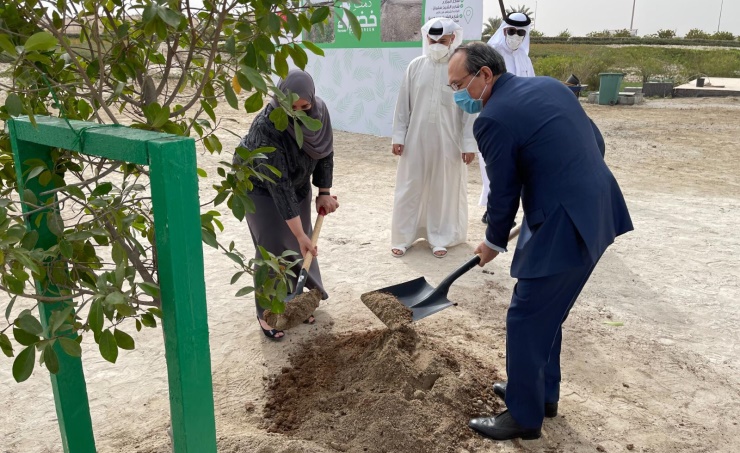 The National Initiative for Agricultural Development (NIAD) has announced the planting of trees at the Janabiya Junction with support from the embassy of the People’s Republic of China, as part of the Forever Green Campaign.

The Chinese embassy’s support reflects its keenness to consolidate relations between the two countries, promote a culture of environmental preservation, and contribute to development in Bahrain by engaging in planting 250 trees of acacia, roll and hibiscus tiliaceus.

The ceremony was attended by NIAD Secretary-General Shaikha Maram bint Isa Al Khalifa, the Chinese Ambassador to Bahrain An Wa’er and officials from the Ministry of Works, Municipality Affairs and Urban Planning.

The Forever Green campaign seeks to plant trees and shrubs at 22 sites across Bahrain through a partnership between the public and private sectors and engaging individuals, institutions and the community to support national efforts to expand the green areas in the Kingdom and contribute to the fight against climate change.

It was launched under the patronage of Her Royal Highness Princess Sabeeka bint Ibrahim Al Khalifa, wife of His Majesty King Hamad bin Isa Al Khalifa, and President of the National Initiative for Agricultural Development.

Under the initiative, tree-planting projects have been launched in the Kingdom’s four governorates by planting more than 50,000 trees and shrubs on an area covering more than 70,000 square meters and more than 21,000 linear meters during the first stage.