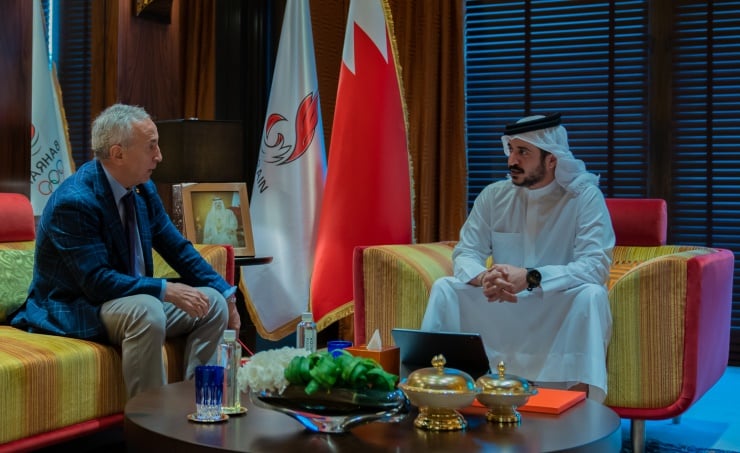 “We are proud of the visit of the President of the Spanish Olympic Committee, Mr Alejandro Blanco Bravo to his second country, the Kingdom of Bahrain, which confirms the relations of cooperation and friendship between Bahrain and Spain in developing various fields, especially in the sports area,” HH Shaikh Khalid said.

“The Bahrain Olympic Committee and its Spanish counterpart will work to support joint cooperation frameworks, in order to achieve fruitful results that serve the common interest in achieving more sporting successes, in the form that prompts them to be a true model in activating the values and principles of the International Olympic movement,” he added.

From his side, Mr. Bravo said: “The Kingdom of Bahrain is exerting enormous efforts to support sports and develop an ideal environment for sportspeople in order to flourish and practice various types of sports, and this is in line with the Olympic principles and the sustainable development goals.

“The Spanish Olympic Committee is happy with its partnership with the Bahrain Olympic Committee, through which we aim to implement many programmes that contribute to fulfilling mutual interests and aspirations in the sports field.”