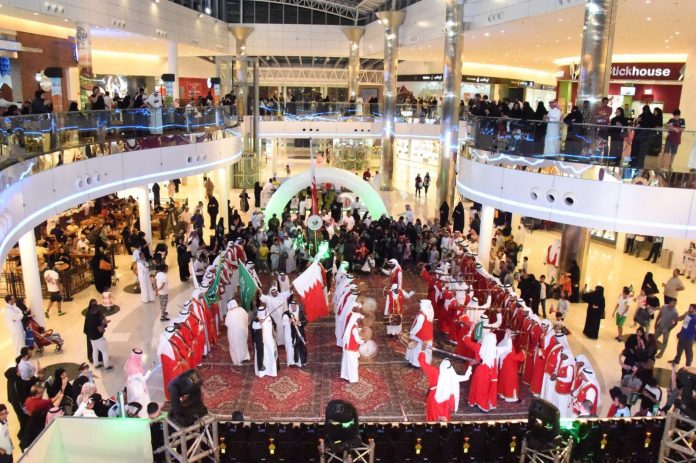 The Bahrain Tourism and Exhibitions Authority (BTEA) celebrated the Kingdom of Saudi Arabia’s national day by distributing gifts to visitors coming to Bahrain through the Bahrain International Airport and King Fahad Causeway on Saturday 23rd of September 2017. A ‘Ardha’ performance was also organized by BTEA at the West Wing of Seef Mall, Seef District.

The celebration is in line with the bilateral relations and strong ties between both Kingdoms under the wise leadership of His Majesty King Hamad bin Isa Al Khalifa and the Custodian of the Two Holy Mosques, King Salman bin AbdulAziz Al Saud.

The BTEA has developed a calendar of events and activities in line with BTEA’s ongoing efforts to attract tourists to the Kingdom and contribute towards the Kingdoms economy and the 2030 Economic Vision.