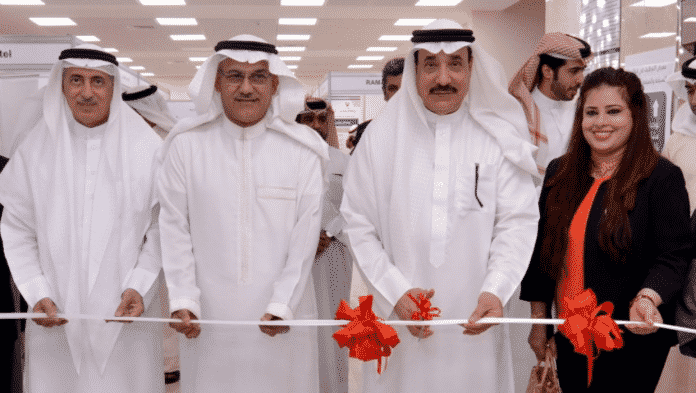 A career expo in the hospitality, tourism and services sector , organised by the Labour and Social Development Ministry was held on July 24-25.

The two-day expo is within the National Employment Programme, and in line with the directives of His Royal Highness Prime Minister Prince Khalifa bin Salman Al Khalifa and His Royal Highness Prince Salman bin Hamad Al Khalifa, the Crown Prince, Deputy Supreme Commander and First Deputy Premier, to find suitable job opportunities for the citizens at the private sector, and to intensify the Labour Ministry’s efforts to integrate job-seekers in attractive labour market sectors with rewarding wages.

Labour and Social Development Minister, Jameel bin Mohammed Ali Humaidan, opened the expo, held at the Ministry’s premises in Zayed Town, in the presence of MPs, as well as economic and social functions.

1000 jobs opportunities are offered in the career expo targeting holders of diplomas, as well as university and secondary education certificates, 500 of which, covering all managerial, supervisory and technical fields, are offered by 55 participating institutions, and 500 others are offered by the Labour Ministry and cover various hospitality and tourism facities in the kkingdom.

Commenting on the event, Humaidan stressed that specialised career expos support the Labour Ministry’s efforts to integrate job seekers in the labour market through motivating business owners in various sectors to offer quality job opportunities to the citizens.

Such expos also indicate the national economy’s ability to generate value-added jobs, and contribute to maintaining unemployment rates at secure and stable levels, he said.

He added that the government has paved the way for the hospitality and tourism sector to flourish and attract Bahraini human resources, citing the recent opening of the Vatel Bahrain – International Hospitality School, in addition to the existing specialised hospitality and hotels institutes.

He affirmed the Northern Governorate’s keenness to support the Labour and Social Development Ministry’s projects aimed at integrating national competencies in the labour market, increasing the Bahrainisation rate and improving the citizens’ wages at the private sector.

MP Ahmed Al-Damistani hailed the Labour Ministry’s initiatives aimed at facilitating Bahraini youth’s access to the labour market, praising the focus on the hospitality, tourism and services sector, given its steady growth and its job opportunities that appeal to Bahrainis.

He called on job seekers to take advantage of the available training and employment opportunities, praising the Labour Ministry’s positive response to lawmakers’ initiatives in the field of employment of national competencies.

A ban on afternoon work in open spaces throughout Bahrain will start on Wednesday, the Ministry of Labor and Social Development has said. The annual...
Read more

Batelco, the leading digital solutions provider in Bahrain has announced the establishment of “Global Zone Kuwait”, which will offer an ecosystem platform to further...
Management Principles