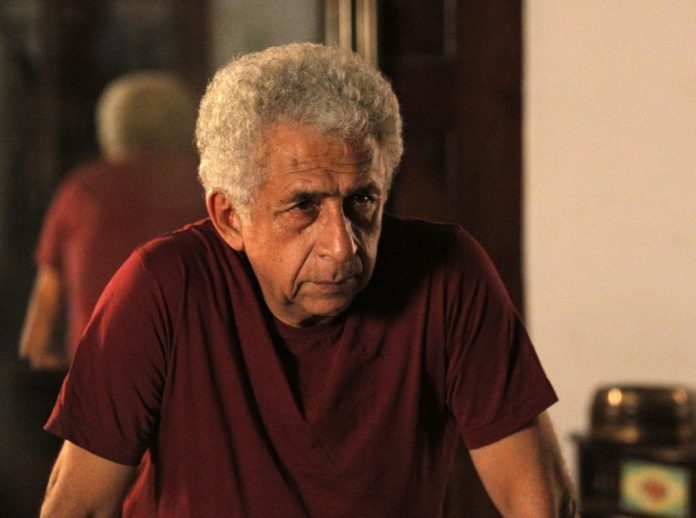 The 12th edition of the Dubai International Film Festival is honored to present the legendary actor Naseeruddin Shah with its prestigious Lifetime Achievement Award. Shah has appeared in over 200 films in a remarkable and diverse career spanning 40 years.

Chairman of the Dubai International Film Festival Abdulhamid Juma, commented on the career and legacy of the honoree saying; “Naseeruddin Shah has been a fixture of cinema in India and around the world for a staggering period of time. Few actors ever get the chance to make an impact with their art, and the longevity of his career is a testament to his versatility, and enduring class and talent. It is an absolute pleasure to welcome Naseeruddin to DIFF and to pay tribute to a colossal volume of high quality work with our Lifetime Achievement Award.”

After studying in the National Drama School, Delhi, Naseeruddin Shah debuted in the film ‘Nishant’ (1975). Shah became a prominent figure in the ‘Parallel Cinema’ movement –  a reaction to the mainstream Bollywood fair, the films under the umbrella of ‘Parellel’ championed realism, naturalism and serious content that reflected the sociopolitical climate of the times. Shah’s prominence in the ‘arthouse cinema’ of India earned him critical acclaim for films like ‘Sparsh’, ‘Paar’, ‘Aakrosh’ and ‘Chakra’ and commercial success followed, with roles in some of the biggest films in Indian cinema to his name.

In a diverse career that has straddled Bollywood and Hollywood, in which he has played the most downtrodden members of Indian society in ‘Paar’, a family patriarch in ‘Monsoon Wedding’  to ‘Captain Nemo’ in the blockbuster ‘The League of Extraordinary Gentleman’. As an acknowledgement of his achievements, the legendary actor has over 20 nominations and 6 wins at national awards beginning in 1975. He is also a winner of the coveted Best Actor Award at Venice Film Festival, which he earned for his performance in 1984’s ‘Paar’.

A winner of both the Padma Shri and Padma Bhusran awards, in 1987 and 2003 respectively, for contributions to Indian cinema, his three wins at the National Film Awards over a 25 year period signifies the enduring quality of Naseeruddin Shah.

Naseeruddin Shah said: “I always enjoy coming to Dubai and I am looking forward to interacting with the Indian and Pakistani audiences during my stay. I am also grateful for the honour being bestowed on me at the Dubai International Film Festival.”