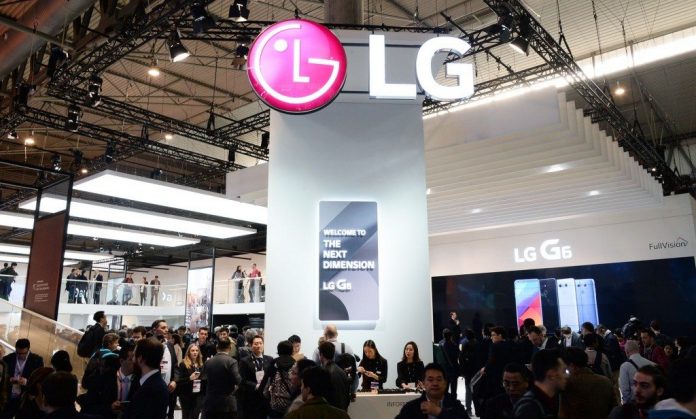 Mobile phones have evolved considerably over the past two decades from being just simple communication devices to becoming the most innovative compact entertainment systems empowering people to view content on demand whilst having the ability to share their most intimate moments all from the palm of their hand.

Smartphones are rapidly increasing in demand across the world and in the GCC region. In fact, a recent study conducted by Google highlighted that the UAE ranked number one in global smartphone penetration at 73.8 percent.

Furthermore, the Emirates is also recognized as having the largest smartphone and internet users in the world, with the biggest Facebook user base in the Gulf with more than 93 percent of the population logging on to this social media platform to share their knowledge, opinions and experiences.

“Smartphones are becoming an extension of their owners and as such, they need to be designed and engineered to not only make calls, capture moments, and offer accessibility, but to be fashionable, and ensure innovative design with mass appeal. As such, consumer demand and expectations have unveiled trends that smart phone manufacturers like LG are taking into strong consideration when developing the latest innovative smartphones, placing emphasis on delivering trendsetting products that boast features such as increased display size, voice computing, single handed usability, durability and longer battery life,” Yong Geun Choi, President, LG Electronics Gulf.

Given the constantly changing mobile landscape with many new mobile products having been introduced recently at MWC 2017 like LG’s G6, consumers can expect evolving trends to takeover this space.

Smartphone durability is rarely among the top concerns of customers when researching on new phones. However, all it takes is a single moment of carelessness – resulting in cracks and aesthetic damage – to wish for a more durable phone.

Although cracks may not have a direct impact on the functionality of the phone, water damage does. Smart phones represent a significant investment and an accidental moment in a puddle may result in a lot of sensitive data being lost in an instant. Newer rugged smartphones provide protection from such scenarios. However, these devices come with a few drawbacks, such as relatively unrefined design and inferior hardware.

New trendsetting innovations in smartphone design are making it possible for phones to combine durability with elegant, striking exteriors. Furthermore, these phones also boast resistance to water that allows them to survive prolonged exposure to what was one the smartphone’s greatest enemy – enabling consumers to enjoy durable smartphones without sacrificing on either aesthetics or performance.

Despite the variety of smart phones available in the market today, ergonomic usability is the one factor that emerges repeatedly to determine which phones offer the highest user satisfaction. Consumer are both demanding and expecting phones that are thin, lightweight, have a premium feel and fit comfortably in a single hand without compromising on performance.

Powerful technology, sleek design and innate usability is what drives smart phone preferences, which is why LG was inspired to aesthetically craft the curved leather rear panel of the G4 and the streamlined metallic frame of the V20 smart phones.

Regardless of how the smartphone market will evolve in the years to come, one-handed usability will also be a top priority for users not just in the region, but also across the world.

The Next Display – Bigger is better

On average, users spend up to five hours per day with their smartphones and it is now more important than ever to ensure that the display is optimized to provide the best user experience possible.

With users using their phones as entertainment centers, the challenge has been to develop these devices that have a big enough display size with the ability to fit comfortably in one-hand.

One of the ways this can be accomplished is to constantly expand the smartphone’s screen to body ratio. The elimination of bezels allows for larger screens capable of bringing high-resolution pictures and videos to life. In addition, to further enhance user-experience, LG has pioneered a secondary display, which grants users the ability to check the timeline and notifications with just a glance.

Bezels play a purposeful role on smartphones as they prevent accidental input and ensure that the screen is less prone to cracking. However, a constant trend in smartphone design has been that the less prominent these frames become, the more space is ceded to the screen itself.

Smartphone manufacturers are looking to accelerate the innovation process to become the first to release a bezel-less phone to further enhance user-experience offering more screen coverage, enhancing usability and overall convenience in relation to viewing videos, pictures or capturing moments via the camera.

Currently, the highest screen-to-bezel ratio is 91.3 percent. However as technologies evolve, users can expect to see even more phones like those from LG that have bezel frames thinner than credit cards or even bezel-less frames.

Users want simplicity, efficiency and easy accessibility in a user interface whilst enhancing performance. Prioritizing the needs of consumers, adapting to their apps to improve user experience should be the core of every smartphone manufacturer.

Today users are increasingly adopting voice computing and interacting with voice assistants – that are available as both hardware and software. Furthermore, together with advanced touchscreen that guarantee readability, usability and consistency, all the assistance one can need is available in one intelligent and elegantly crafted device.

This concern has caused several smartphone manufacturers to innovate and improve devices to make safety a top priority which is what LG has done as its next flagship smartphone will implement copper heat pipes to prevent overheating by reducing temperature by 6 to 10 percent. This enables the batteries to withstand temperatures of up to 150-degree Fahrenheit, 15 percent higher than US and European standards.

Smart phones of the future are going to be more than just communication and entertainment devices. They are going be everything an individual can ever need – from making a call to having a very own intelligent personal assistant – with a premium feel elegantly crafted to fit right in the palm of anyone’s hand.