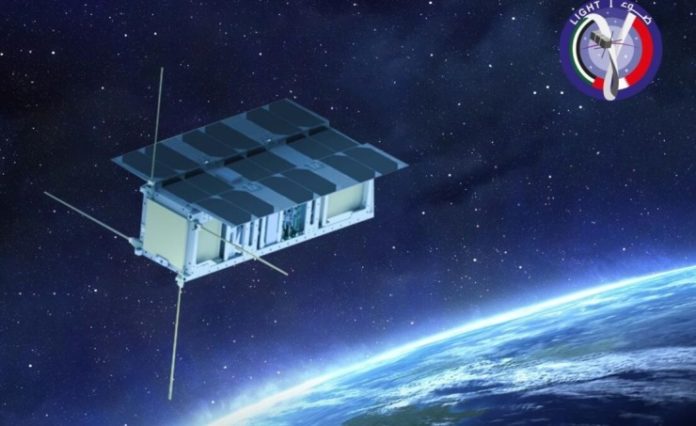 The joint Bahraini-Emirati satellite “Light-1” was successfully launched into its orbit in cooperation with the Japanese Aerospace Space Agency (JAXA) to start its scientific mission in monitoring and studying the emissions of terrestrial gamma rays resulting from thunderstorms and cumulus clouds.

The collected scientific data will be available for research and scientific studies and will serve as a reference for different research in the same field.

The data could also be shared with different research centers across the world as a global contribution by Light 1 to serve humanity and its development.

“I would like to extend my warmest congratulations to the His Majesty King Hamad bin Isa Al Khalifa and to His Royal Highness Prince Salman bin Hamad Al Khalifa, the Crown Prince and Prime Minister, on the successful launch of the joint Bahraini-Emirati satellite ‘Light-1’ into its space orbit,” National Security Advisor, Commander of the Royal Guard and Secretary General of the Supreme Defence Council (SDC) HH Shaikh Nasser bin Hamad Al Khalifa said.

“The launch crowns the efforts of partnership in the space sector between the UAE and the Kingdom of Bahrain, and embodies the depth of relations between the two countries and the level of strategic partnership between them at all levels and in various fields. On this occasion, I am also pleased to extend my congratulations to all the members of the joint work teams that have worked with diligence, perseverance and dedication over the years to complete the design and construction of ‘Light 1’ and achieve recognition in our bright and successful history.”

HH Shaikh Nasser added there was great anticipation for further constructive cooperation in new space projects between the National Space Science Authority (NSSA) and the Emirates Space Agency to achieve common interests in the space sector, one of the most prominent sectors of the future economy based on knowledge and innovation.

“The coming stages will witness the launch of projects and initiatives that will meet a set of national requirements from the space sector, reflecting the authority’s keenness to achieve the vision of the wise leadership,” he said.

“All the NSSA endeavors contribute to the realization of our ambitions so that the Kingdom of Bahrain can achieve the progress, prosperity and success that we all seek.”

“Light-1” successfully arrived at the International Space Station on December 22, 2021, carrying a “Falcon 9” rocket that was launched on its SpaceX CRS-24 space flight from the Kennedy Space Center in Florida, US.

Light-1’s name was inspired by His Majesty King Hamad bin Isa Al Khalifa of Bahrain’s book, The First Light. It recounts key points in Bahrain’s history and the name symbolises the country’s growth and scientific progress.