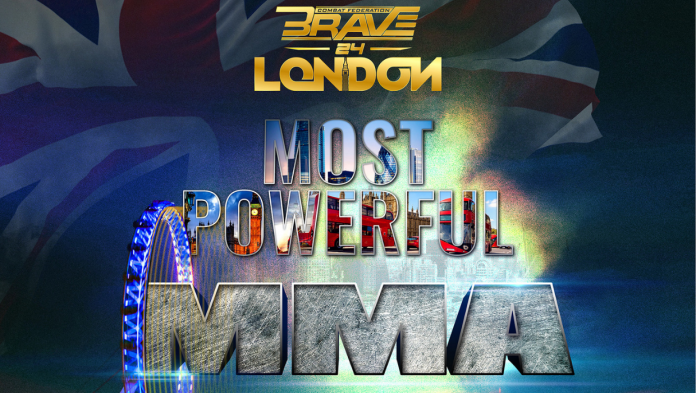 Bahrain’s own BRAVE Combat Federation, founded by His Royal Highness Sheikh Khalid bin Hamad Al Khalifa, lands for the first time ever in London next July 25, for its first exclusive invite-only show that is set to empower the sport of Mixed Martial Arts in the region.

Like no other, this is a once-in-a-lifetime experience that is not only a groundbreaking moment for the Kingdom of Bahrain and its international representation but for the sport itself.

For many years, the sport of Mixed Martial Arts has been seen as the fastest-growing one worldwide. But in Europe, where pretty much all sports activities are cemented and have their spot on the mainstream, this scenario is slightly different. There’s a gap between potential and fulfillment, between how the sport is seen from an international perspective and by the European audience. This is about to change.

Bringing under the same roof the most influential people in the United Kingdom and internationally from many different areas, from government officials to military officers, celebrities, businessmen, reputed athletes, and distinguished members of the society, BRAVE CF is ready to bridge that gap.

With the value that it deserves in one of the most important cities in the world, the impact of BRAVE 24 both inside and beyond the MMA community will be massive.

It will be the most global show London MMA will have ever witnessed, with 11 nations represented in eight electric bouts. Not only that, but guests from around the world will be in attendance, showing their support for the sport, but also looking to network and connect with influencers of the highest calibre across all fields.

BRAVE 24 London will be remembered as the event in which Bahrain’s first and only global product will break milestones and is set to be remembered as the show which will change the entire perception of the sport of MMA to a much higher level. The occasion will showcase just how glamorous and luxurious an MMA event can be, from the setup, the attention to detail, and, of course, the list of attendees that consists in some of the top influencers, politicians and sports personalities from around the globe.

The Agriculture and Marine Resources Department at the Works, Municipalities Affairs and Urban Planning Ministry has announced that the ban on shrimping will be...
Spotlight

As part of Accor Premium brands, Mövenpick Hotel Bahrain has received Accor #AllSafe label and was audited and also certified by Bureau Veritas on the 19th...
Tech

Netflix is letting people choose the speed at which they want to watch something on their phone or tablet with new playback controls. Netflix will...
Tech

Your next Samsung Galaxy or iPhone may soon include the toughest gadget glass Corning has ever created. The company’s announcing Gorilla Glass Victus —...
iGA

One day I read a news item which made me feel annoyed and a bit worried. It was reported that in Mumbai, youngsters from...
Entrepreneurial Journey

A blind student who created a special YouTube channel to teach students with special needs about the use of smart applications has been honored...
Sports This Week

HH Shaikh Nasser bin Hamad Al Khalifa, Representative of His Majesty the King for Humanitarian Work and Youth Affairs expressed his delight after his own...
Inside Bahrain

The Charity Work section at the Sunni Endowments Directorate has distributed the Eid Al-Adha gifts and sacrifices, in coordination with charity societies across the...
Inside Bahrain