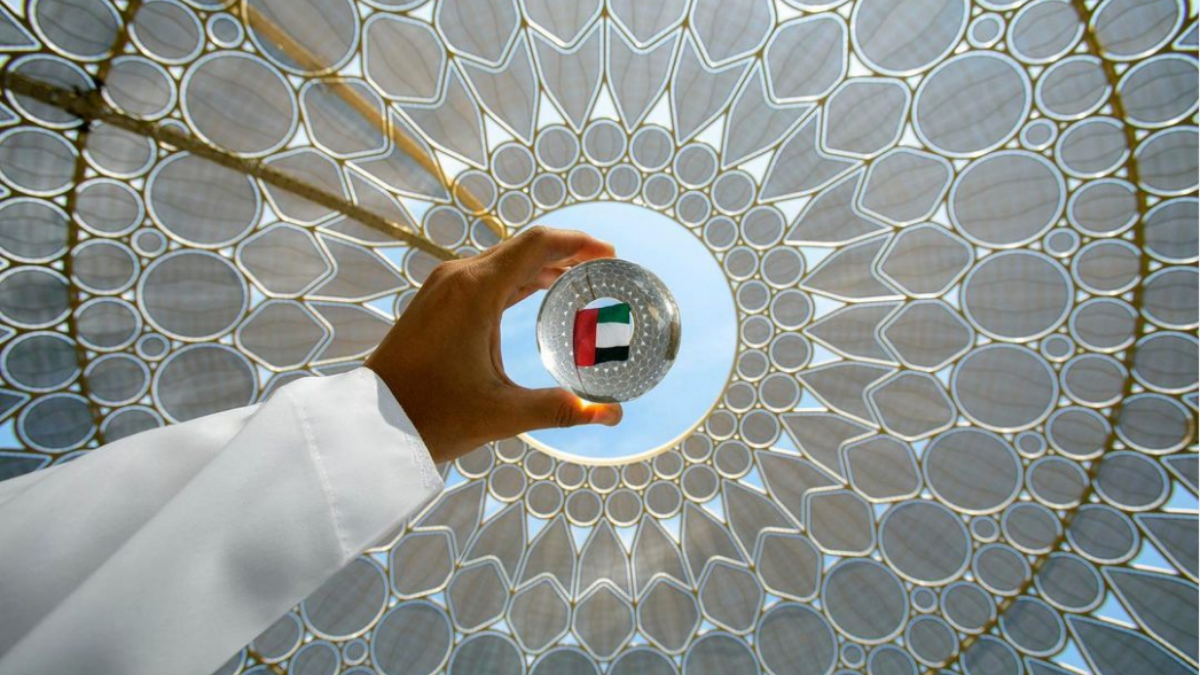 The world’s Greatest Show is the first World Expo to be held in the Middle East, Africa and South Asia (MEASA) region, with 192 participating nations, each with their own dedicated pavilion.

Running under the theme ‘Connecting Minds, Creating the Future’, the six-month mega event focuses on three tenets: Sustainability, Mobility and Opportunity with a view to creating cultural diversity for shaping a brighter future for the world through creative cultural dialogues aimed at introducing innovative, groundbreaking solutions and ideas for a better tomorrow.

Expo 2020 Dubai had an unforgettable opening ceremony witnessed by millions of people across the globe. The star-studded opening ceremony saw the participation of world-renowned local, regional and global singers and celebrities.

UAE superstar Hussain Al Jassmi then took the stage with an Emirati girl showing her the story of the Expo 2020 Dubai logo and Al Wasl Dome. The story brought the audience to Dubai’s beginnings and the progress it has accomplished culminating towards the present.

The participants then arrived. The flags of the UAE, the Expo 2020 Dubai flag, the BIE (the organizing world body), and the flags of all 192 nations taking part were revealed to a performance by the Grammy winner Angelique Kidjo and Saudi singer Mohammed Abdu.

Hussain Al Jassmi, Mayssa Karaa and Almas performed ‘This Is Our Time’, the official song of Expo 2020 Dubai, amidst a chorus of children filling the stage throughout the song.

Expo 2020 Dubai’s Commissioner-General Sheikh Nahyan Mubarak Al Nahyan took the audience back to Expo 1970 Osaka, the UAE’s first presence at a World Expo. He then stressed the impact of this Expo not only to the UAE but to all the countries and people we’ll connect with.

“By hosting Expo 2020 Dubai, we aim to convey a message of tolerance and that we are willing to co-operate with all of the world. By connecting minds, we hope to sow the seeds of progress for the next 50 or even 100 years.

Today we say to the whole world, welcome to the United Arab Emirates and welcome to Expo 2020 Dubai, which will provide a significant platform for all people to connect, discuss and work together.” Sheikh Nahyan said.

The secretary-general of the Bureau International des Expositions (BIE), Dimitri Kerkentzes, then followed with how the UAE was selected to host Expo 2020.

Officially opening the Expo 2020 Dubai was Sheikh Hamdan bin Mohammed bin Rashid Al Maktoum, Crown Prince of Dubai and Chairman of The Executive Council of Dubai. Sheikh Hamdan offered a prayer saying, “Today we witness, together, a new beginning, as we inaugurate, with the blessings of Allah, Expo 2020. May God grant us success.”

A moving performance followed on the orchestra stage, featuring Ahlam Alshamsi, who sang ‘In Dubai’ in three languages, accompanied by the Firdaus Orchestra. The performers represented the light of equality celebrated in the UAE.

With the world’s biggest sound system and 152 projectors assembled inside the Al Wasl dome, the event continued to feature jaw-dropping special effects. It began by depicting the birth of the planet in a glowing orb of fire evolving into a blue and white globe representing Earth and finally a shimmering pearl that descended under the sea. 115 performers were carrying clear LED globes that changed colors alongside 15 professional skaters moving around the scene.

The light’s colours and shadows represented the sub-themes of Sustainability, Mobility, and Opportunity. The performance ended with everyone reaching the center stage sharing the same light, symbolizing our opportunity to share our potentials with each other.

The succeeding scenes were each accompanied by international artists. Starting with a moving performance from Lang Lang, a leading figure in classical music, on the backdrop of brilliant tropical fish, turtles and a giant whale representing our harmony with nature and sustaining life.

Following that, award winning singer Ellie Goulding sang her hit song “Anything could happen” on the centre stage as clouds filled the dome signaling about dreams and inspiring each other.

Golden Globe winner Andrea Day then performed ‘Rise Up’, an inspiring song about the struggle — and triumph — of the human spirit, amidst cast members assembled as the caravan of humanity.

A fitting end to a spectacular opening as the dome and plaza transformed into a magical garden with dancers fashioned as blossoming flowers. A huge silver and white ghaf tree, the native symbol of the UAE, took centre stage. Then a familiar voice singing The Prayer, as the world-famous tenor Andrea Bocelli serenaded all with “When shadows fill our day, lead us to a place”.

The final of three fireworks display shot out from Al Wasl’s three districts of the Expo 2020 site. But the extravagant 6-month long show is only beginning, there is much more to expect from Dubai and the numerous countries participating. You need not look farther than Expo 2020 Dubai to see the world.