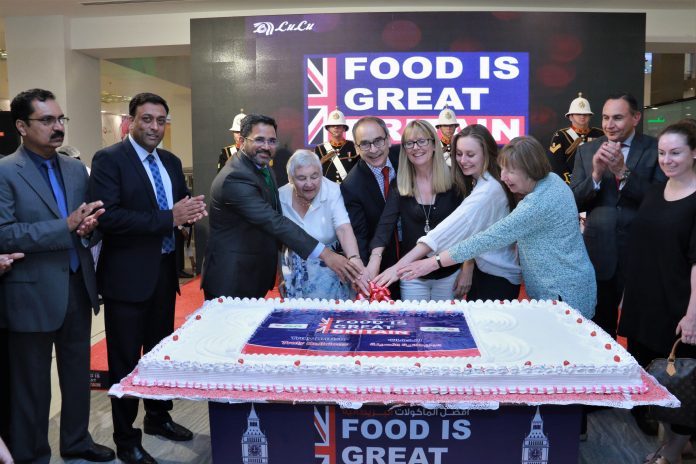 Lulu Hypermarket’s British Week festivities was inaugurated in the hypermarket’s latest outlet in Saar’s Atrium Mall by British Ambassador H.E. Simon Martin.  Shoppers made the most of the finest British summer treats, from a range of juices and bottled cordials to a wide selection of British cheeses, organic milk, flavoursome yogurts, chocolates, biscuits, tea brands and specialty breads. 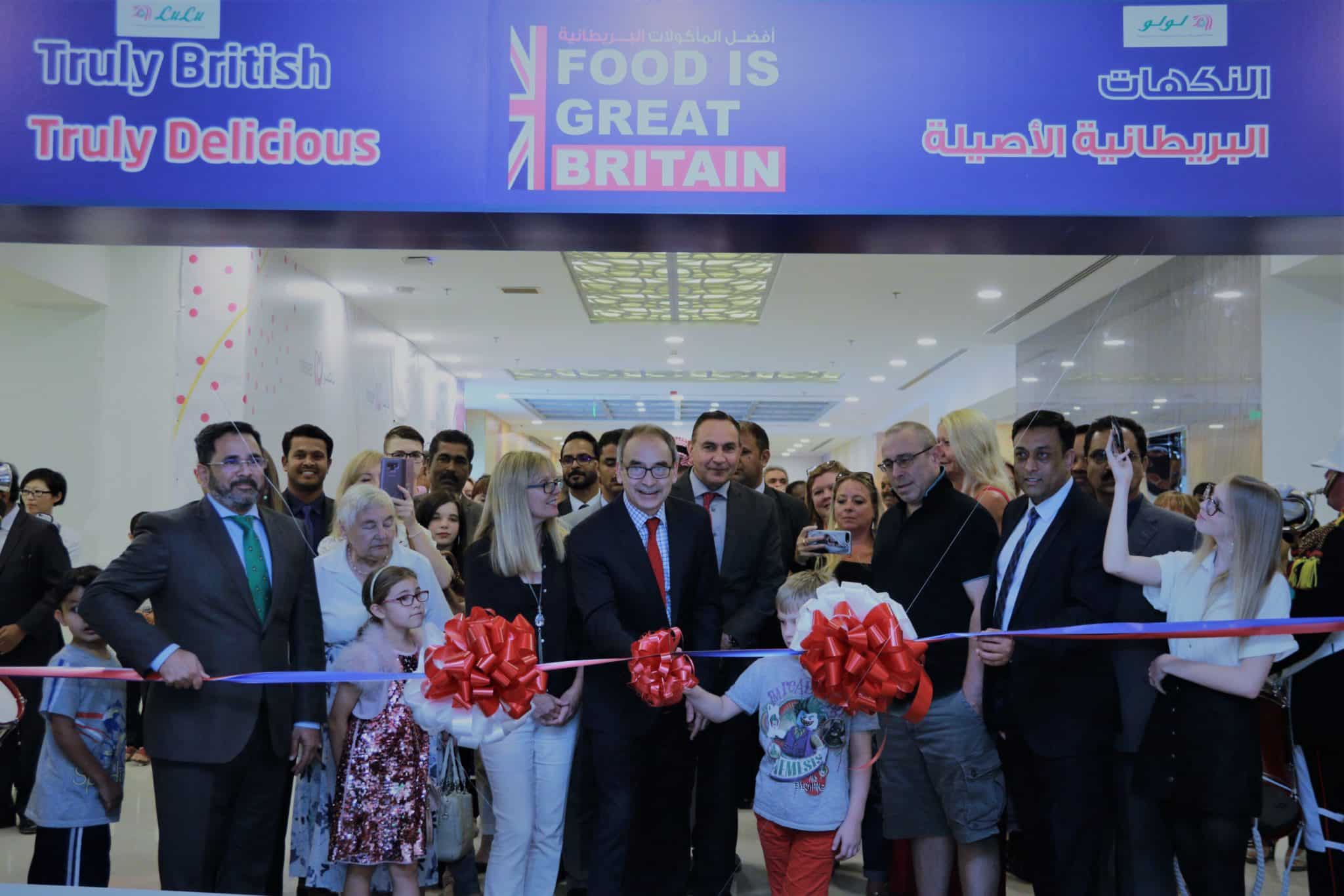 The inaugural event also offered glimpses of quintessential British culture, with music by members of the Royal Marine Band’s Corps of Drums and also performances from the community.  Lulu Hypermarket was decorated in the colours of the Union Jack and with replicas of famous British monuments and the iconic red telephone booth. Shoppers were delighted to see the London double decker bus in the premises and a model of the cheery red bus in one of the aisles, piled with popular British brands instead of passengers. 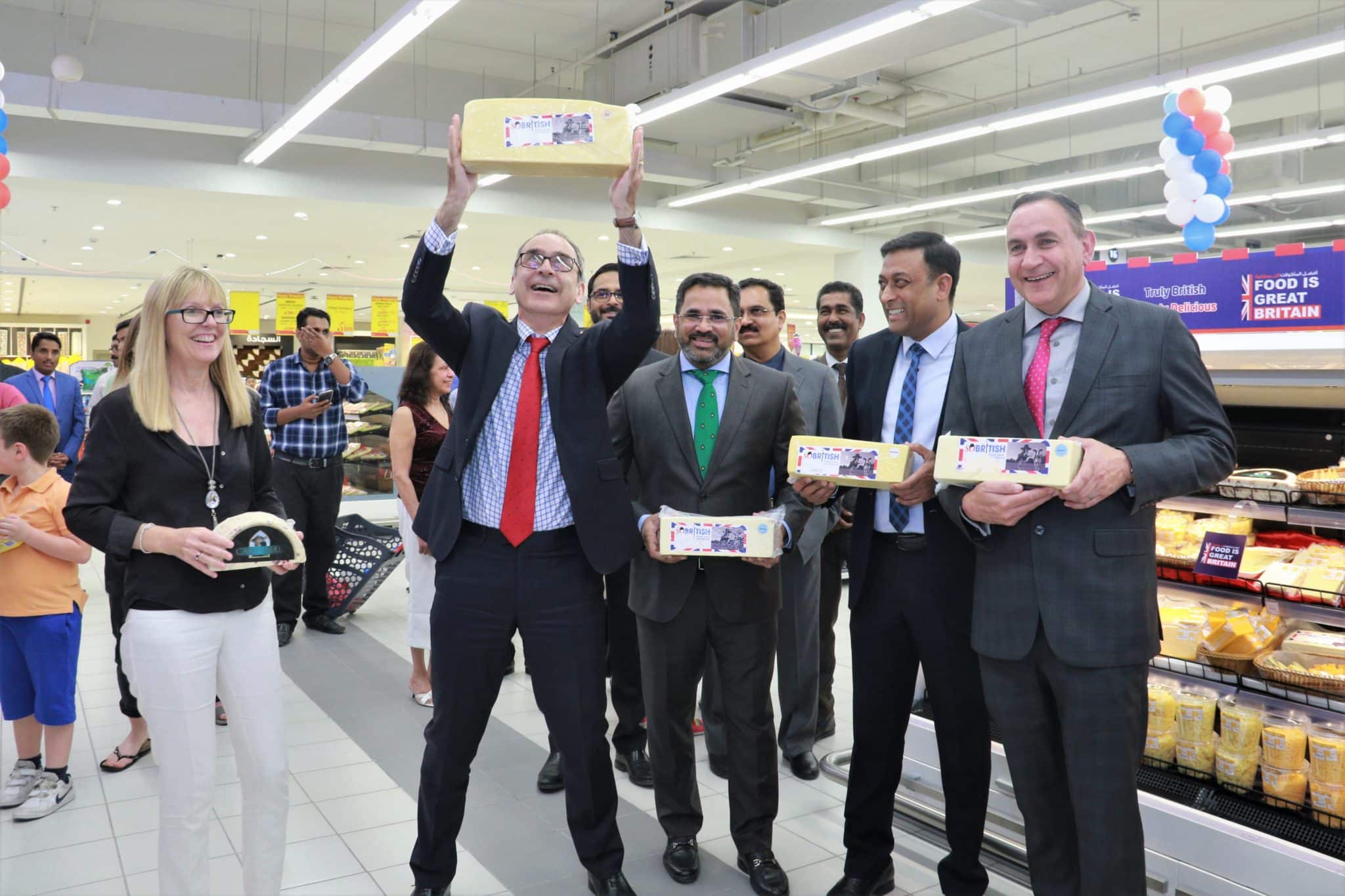 Many British products were specially flown in to fill the aisles of Lulu, the largest hypermarkets in Bahrain, for this promotion. In the food section, the special emphasis was on fresh British meat, fish, cheeses, bread and fruit and veg. customers could easily whip up a traditional British meal, such as the fish and chips or Sunday roast, by choosing from the classic British dishes offered in both the hot and cold food sections. The stores also showcased beauty and hygiene brands such as soaps, detergents and home cleaning products.

“At Lulu Hypermarket, we are proud of our long and delicious list of British products. We are delighted to showcase the best of Britain at this festival. Besides special promotions on British products, Lulu Hypermarket turned a tasty spotlight on British food, cheeses and drinks from the U.K. Home goods are also be showcased,” said Director Mr. Juzer Rupawala, “The Lulu Group has its own logistics and warehousing facility in Birmingham to service our entire hypermarket chain.”

INJAZ Bahrain has successfully concluded this year’s version of its annual Young Entrepreneurs competition, which was held online for the first time ever on...
Read more
Spotlight

BRAVE Combat Federation, a product of His Highness Shaikh Khaled bin Hamad Al Khalifa's vision, is back to holding events across the world, taking...
Tech

Bahraini parliamentarians have highlighted the Kingdom’s experiences in managing the COVID-19 pandemic and the measures taken to protect society from the repercussions of the...
Management Principles