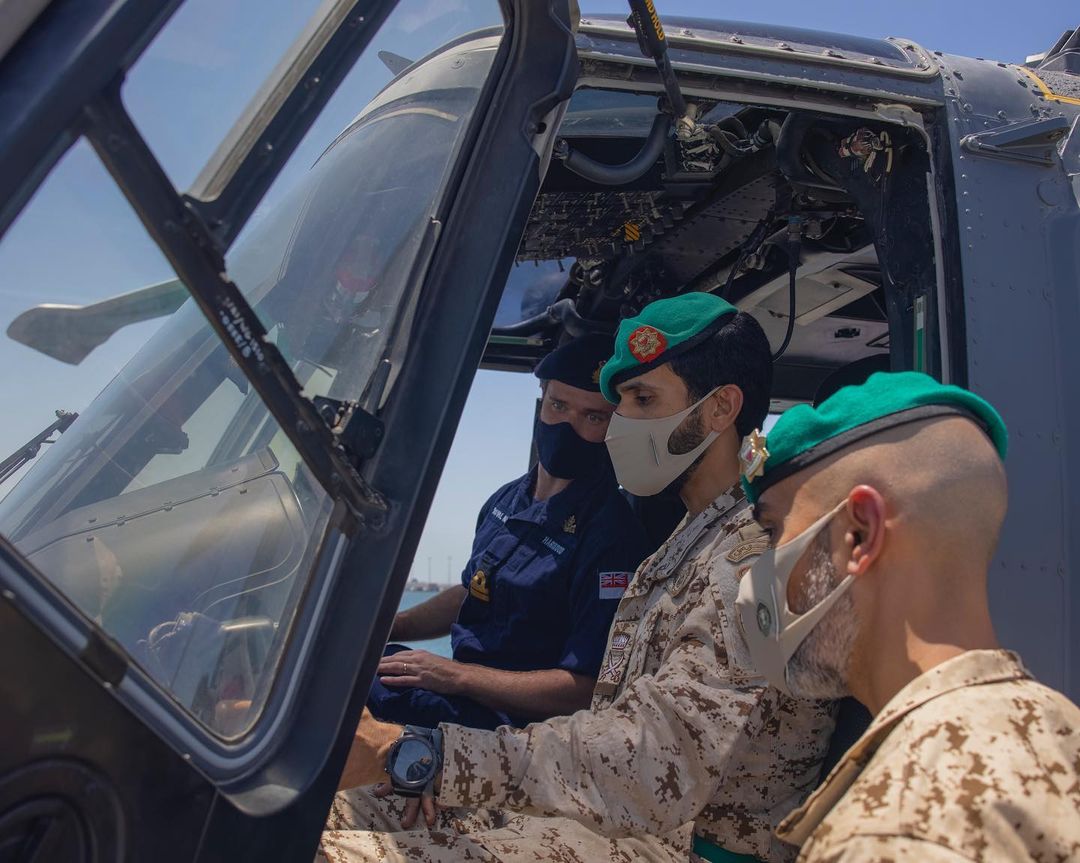 Major General HH Shaikh Nasser bin Hamad Al Khalifa toured the facility and got updated on its advanced systems and equipment. He also listened to a briefing on the facility’s duties which contribute to promoting global stability, protecting international passages and securing maritime navigation.

The National Security Advisor, Royal Guard Commander lauded distinguished and deep-rooted relations of friendship between the Kingdom of Bahrain and the United Kingdom. He also praised growing bilateral cooperation mainly in the military field.