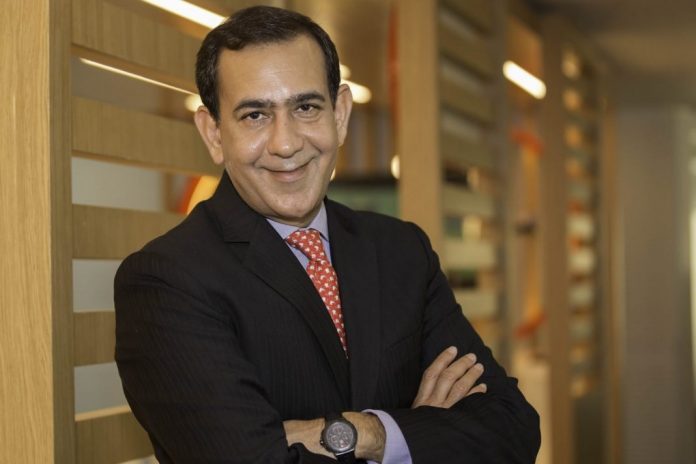 Raghu Malhotra has been appointed president, Middle East and Africa, taking over from Michael Miebach, who will become chief product officer, based at the company’s global headquarters in New York.

Malhotra, who has been overseeing activities for the 39 markets across the Middle East and North Africa, will now be responsible for driving the evolution of the company’s technologies and delivering increased value to MasterCard stakeholders across the entire region, including sub-Saharan Africa and South Africa. He has been at MasterCard for more 10 years, holding senior leadership roles in Asia and the Middle East. Click here to read Raghu Malhotra’s full biography.

As Miebach becomes chief product officer, he will bring an extended global experience from mature and emerging markets in Europe, the Middle East and Africa, helping to evolve products and technologies based on individual markets’ needs. Miebach joined the company in 2010, previously holding senior roles at Barclays and Citibank. Click here to read Michael Miebach’s full biography.

Commenting on the appointment, Ann Cairns, president, International Markets at MasterCard said: “MasterCard is focused on building a strong, relevant and impactful business across the Middle East and Africa. I am pleased that today’s appointment demonstrates our continued commitment to empowering strong leaders who can drive innovation and inclusion in a meaningful and connected way. Through this new appointment, we will continue to build a business that delivers to the needs of both the partner and the cardholder. During his tenure, Michael has helped shape and build MasterCard’s business and reputation for excellence in this exciting region and I am grateful to him and delighted that the business is transitioning to a new and dynamic leader in Raghu.”

A replacement for Malhotra’s position will be announced separately.

Most of us, to achieve any goal are advised to have self-control and self-discipline. For instance stop eating carbs, ground yourself to study. These...
Read more

To continue expanding its reach with the wider community, stc Bahrain, a world-class digital enabler, has partnered with Thai Mart, the only complete Thai...
Inside Bahrain

His Majesty King Hamad bin Isa Al-Khalifa sent a cable of congratulations to the President of the United States of America Joe Biden on...
Inside Bahrain

Held in cooperation with the Ministry of Works, Municipalities Affairs and Urban Planning, the Bahrain Authority for Culture and Antiquities concluded its “Bench in...
Inside Bahrain

The National Health Regulatory Authority has approved the emergency use of Covishield, the Covid-19 vaccine produced by AstraZeneka in cooperation with the University of...
PR This Week

If you are guarantor citizen for employees, residents with no guarantor or Bahrain visitor, you may extend the visa with eVisa range of services...
© GO ALIVE MEDIA
MORE STORIES