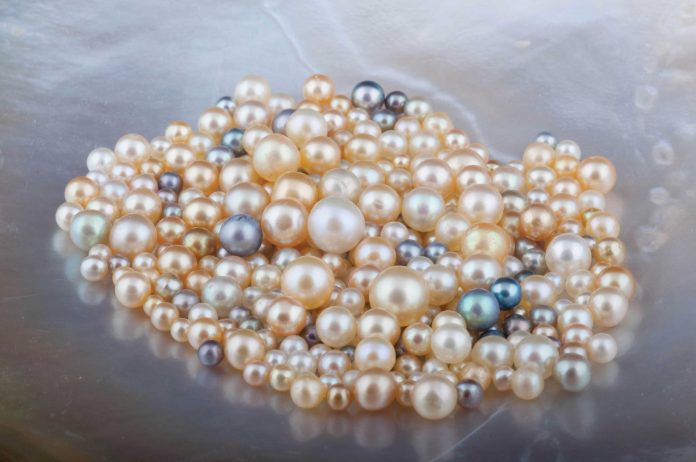 Pearls were the most valuable gemstone known to man for most of the 19th century and earlier, and Bahraini pearls are widely known as the best in the world. Their unique luster is due to the sea’s freshwater springs which give the island its name- Bahrain in Arabic meaning “two seas”. The success of the island’s pearl trade is also virtue of the honest and trustworthy nature of its people, which allowed our Bahraini pearls to travel the world with traders other than their owners. A Bahraini institution, with six generations of pearl traders and jewellers, pearling is as much a part of the Mattar family’s identity as it is of Bahrain.

Pearl diving remains a desirable source of income in Bahrain- the ministry of industry and commerce recently issued 800 diver licenses with thousands moreon the waiting list. 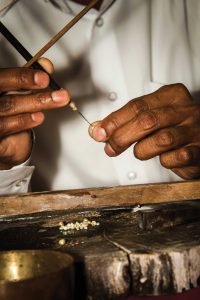 The family’s patriarch, Hussain bin Salman bin Mattar, became the family’s first pearl merchant in the 1850s. His two sons then inherited the business. Mohammed bin Hussain was deservedly referred to as “Jawharji” i.e “the jeweller”, and Salman bin Husain-who had a natural affinity for business- established himself as one of the most successful traders of his era and extended the family business into Europe and India. Salman was joined by his son Ebrahim, who was then succeeded by his son Khalifa.

Khalifa bin Ebrahim Mattar earned the title “The Jiwan Collector” owing to his large collection of fine and rare pearls, “Jiwan” being first on the pearl grading scale. He was a man that loved a challenge: he spent fourteen years completing one necklace, the “Mushayyar”. “Mushayyar” is the rarest pearl color- the Mattars have only seen it once since then. In fact, a challenge in pearl jewellery is that one must work backwards: the design is determined by the type of pearls nature provides.

This came in handy at a sold-out um kulthoum concert in Egypt, where he managed to trade pearls in his pocket for a first class ticket!

Like most of his contemporaries, Khalifa bin Ebrahim carried his pearls in his thobe pockets. This came in handy at a sold-out um kulthoum concert in Egypt, where he managed to trade pearls in his pocket for a first class ticket! A man of the times, his passing in 1997 left a gap in the company which his son Ebrahim bin Khalifa left his government job to fill. 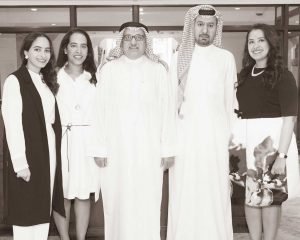 Ebrahim bin Khalifa Mattar and his children expanded the company into retail with the purpose of modernizing the concept of pearl jewelry, rendering it desirable for all genders, ages and styles. Ebrahim’s daughters- Reem, Faten and Lubna- became the first women to join the company, which the family says revived creativity and enabled the business to better relate to its female customers, while they have also succeeded in creating practical jewelry for the Arab man.

The jewellers create a star piece each year for jewellery Arabia. Last year, they showcased the first ever pearl scarf, which consisted of almost half a kilo of pearls all in one shade.

Mattar pearls are sourced by local divers, some of whom utilize modern equipment like oxygen cylinders while the majority dive the old fashioned way. Pearl diving remains a desirable source of income in Bahrain- the ministry of industry and commerce recently issued 800 diver licenses with thousands more on the waiting list.

The jewelers create a star piece each year for jewelry Arabia. Last year they showcased the first ever pearl scarf, which consisted of almost half a kilo of pearls all in one shade. This year they are excited about their headlining necklace, which can be admired at their stand.

It’s one thing to read about the massive dinosaurs that used to roam the Earth; it’s quite another to imagine how they’d look stomping...
Read more
Inside Bahrain

Ebrahim K. Kanoo, the sole distributor of Toyota vehicles in the Kingdom of Bahrain has won the prestigious President’s Award for outstanding sales performance...
Sports This Week