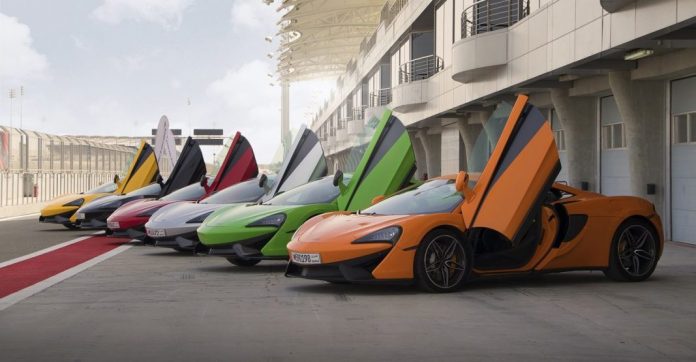 Kanoo Motors S.P.C., a leading high-end automotive retailer and the official distributor of McLaren in the Kingdom of Bahrain, completed the third pre-summer test drive event, titled McLaren Sports Series: The Drive, which gave prospect buyers the exclusive chance to experience the full capabilities of the McLaren 570S and 570GT at the Bahrain International Circuit (BIC). Over 30 selected prospects attended the event, offering overwhelmingly positive feedback. The three events have raised the profile and affinity to the Brand with a genuine desire and aspiration in the Kingdom since Kanoo Motors became the official distributor late last year.

Head of McLaren Bahrain, Trevor Fletcher said: “Being associated with a brand like McLaren adds a level of prestige that few other cars can match. The BIC track also plays an important factor because it gives drivers the best controlled environment to really explore the limits of our products. This has been the motivating factor behind the high level of participation in our test drives and progress which has necessitated the need to ramp up our track activities after the summer months.”

McLaren Bahrain announced it will be adding new models to its Super Series range offerings during the second half of this year, hoping to build on the momentum of the previous five months.