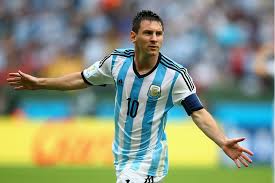 Not unlike in the World Cup final, Messi failed to deliver for his country at the most important moment.

Although he was statistically the best player on the pitch in the first half, the Barça man was constricted by Chile, with Sampaoli changing to a 5-3-2 formation for the game, bringing in Francisco Silva as an extra centre-back to cancel him out. He had no shots on goal in the 120 minutes, although he almost unlocked Chile at the end of normal time, freeing himself from two players to play in Lavezzi, who failed to make the most of the move. This was not an enjoyable evening for the Messi family, as Leo’s parents and brothers and sisters and nephews were insulted by Chilean fans and had objects thrown at them, forcing them to be relocated by security staff at half-time.