Whether you’re a landlord or a tenant,...
SocietyPR This WeekMinister of Industry, Commerce and Tourism meets with BTECH Board

Minister of Industry, Commerce and Tourism meets with BTECH Board 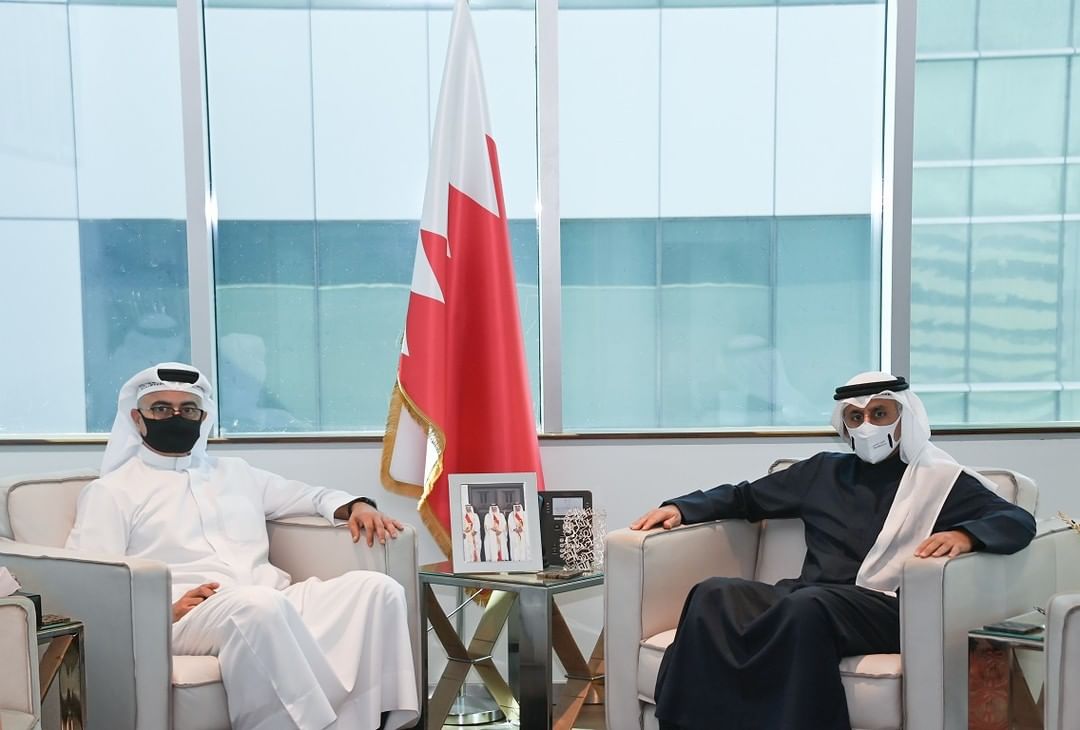 His Excellency Mr. Zayed bin Rashid Al Zayani, Minister of Industry, Commerce, and Tourism held a meeting with the Board of Directors of Bahrain Technology Companies Society (BTECH), which was represented by Chairman Mr. Tareq Fakhroo and Treasurer Mr. Rashed AlSnan. They gave His Excellency the Minister an overview of the new “BTECH” approach, which is in line with the objectives of the distinguished government’s economic recovery plan launched last November.

During the meeting, the Society extended its thanks and appreciation to His excellency minister Al Zayani for his efforts to support Bahraini companies and develop the work environment in the sector to help companies improve their services and products, implement growth and expansion plans, and increase their exports to foreign markets.

The Society’s side singled out the efforts of His Excellency Minister Al Zayani in developing the SME sector through SME Development Council, -which he chairs- and increasing its market share, its ability to provide quality employment opportunities for citizens, and its contribution to the GDP of the Kingdom of Bahrain.

Minister Al Zayani listened to a presentation of the Society’s overall activities and events during the previous period, as well as the role it played during the Corona pandemic, in the context of the ICT sector’s vital role in maintaining the conduct of public life in various sectors such as e-commerce, education, health, among others, as well as the Society’s directions and plan, which aim to increase the contribution of Bahraini ICT companies to the GDP.

It’s worth noting that BTECH is a specialized non-profit Society, which was founded in 2012 as part of the kingdom’s efforts to improve the efficiency of its national economy on the one hand and to strengthen its position in the ICT markets on the other and has been working to be major leverage to strengthen the position of ICT companies in the Bahraini market as a first step in helping them achieve the outstanding position they deserve in regional and international markets.