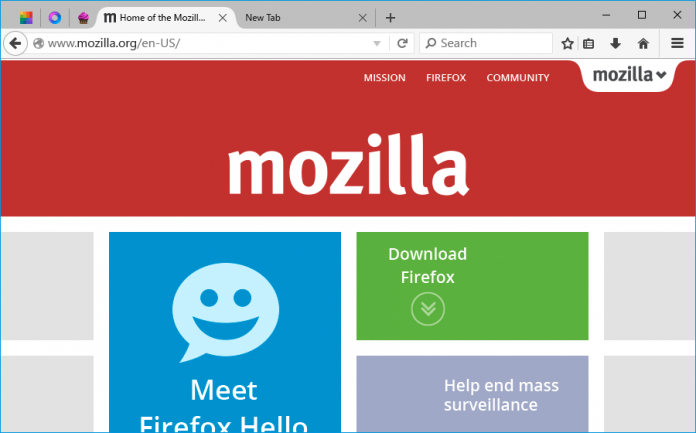 Mozilla revealed plans for Firefox earlier this month, including that it would be bringing the browser to new platforms like Windows 10. Firefox has supported every Microsoft desktop OS since the ancient Windows XP. Here are Firefox for Windows 10 design specifications. While many of the screenshots are technical in nature (they include dimensions, text attributes, colors, margins, spacing, and so on), there are a few that show how it will look for most users.

A lot of the differences you see largely depend on resolution, Windows theme, font size, and so on. Yet there are few other differences worth noting (aside from the fact I haven’t pinned any colorful Firefox extensions).

The refresh icon has been separated a bit more from the URL bar. The magnifying glass search icon is leaning to right, not the left. There are no share or Firefox Hello icons (though we assume that’s to show these features aren’t core to the browser; we doubt they’re going away altogether).

Other than that, there are some subtle differences with the styling of the back button, tabs, and framing. But it’s largely the same browser.