Returning in full for the first time...
Sports This WeekMuharraq wins the 43rd edition of HM the King Football Cup final 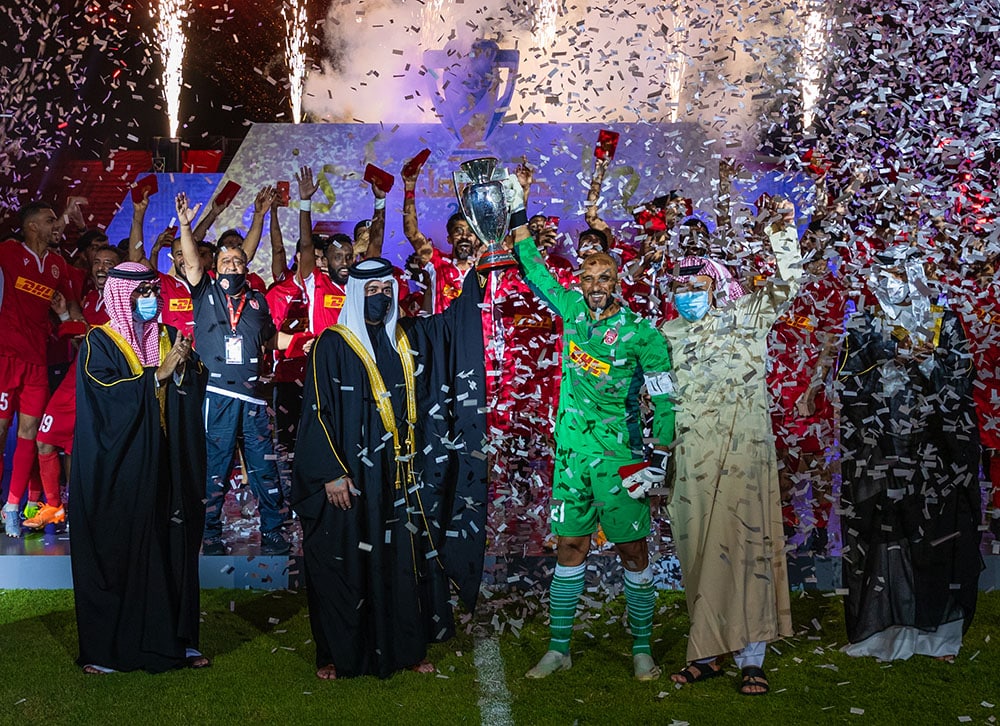 The 43rd edition of HM the King Football Cup final was held at the Khalifa Sports City stadium.

HH Shaikh Khalid bin Hamad Al-Khalifa presented Muharraq players with gold medals and the trophy and conveyed to them greetings and congratulations from HM the King.

He expressed pride in attending the final match on behalf of HM the King, praising royal care for sports, which contributed to honorable achievements and bolstered Bahrain’s standing on the continental and international sports map.

He praised the vision drawn up by HM the King’s Representative for Humanitarian Work and Youth Affairs, SCYS Chairman, HH Shaikh Nasser bin Hamad Al-Khalifa, to develop football in Bahrain.