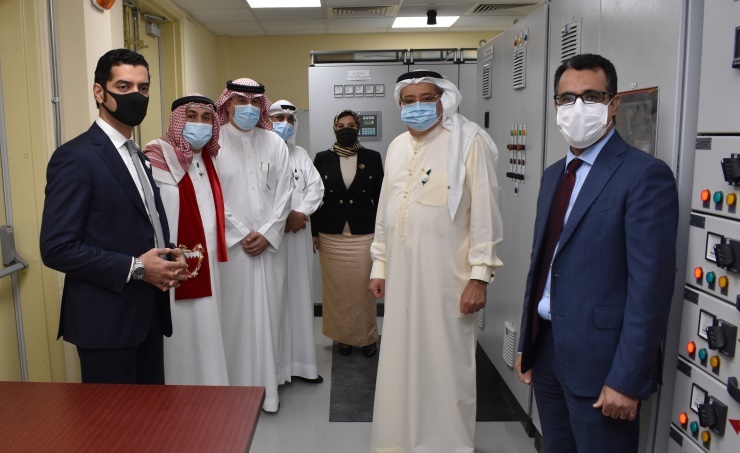 The construction of the Station has been completed, and work is currently underway to launch the solar panel system on the upper reservoir.

The construction of the Station is within EWA’s plans to develop and expand water distribution networks, in line with the directives of the government, led by His Royal Highness Prince Salman bin Hamad Al Khalifa, the Crown Prince and Prime Minister, to provide the electricity and water services and meet the growing demand for them.

Commenting, the minister said that the project is within EWA’s efforts to increase the storing capacity and strengthen the water distribution network in the Nabih Saleh region, as well as meet the needs of its housing and service projects.

He added that based on the government’s directives, EWA will continue implementing more development projects that support the kingdom’s infrastructure and improve the quality of services delivered to subscribers.

EWA chief, Shaikh Nawaf bin Ibrahim Al Khalifa, said that a one-million-gallon upper tank, with accompanying pipelines and valves, and a building for electrical devices, control devices and a water chlorination system were constructed, as part of the project.

The upper reservoir was also covered with aluminum sheets, taking into account the urban character of the region.

Nass Contracting Company constructed all the Station’s facilities and supplied it with the latest mechanical, electrical, control and communication equipment from leading world companies.

Capital Municipal Council Chairman expressed appreciation to EWA for implementing projects that support the development march in the kingdom. He also hailed EWA’s policies to use renewable energy in its projects, which, he said, will contribute to improving the environmental situation.