Yet another milestone achievement for the medical...
NewsNBB Supports Annual Traffic Week Campaign to Serve the Community 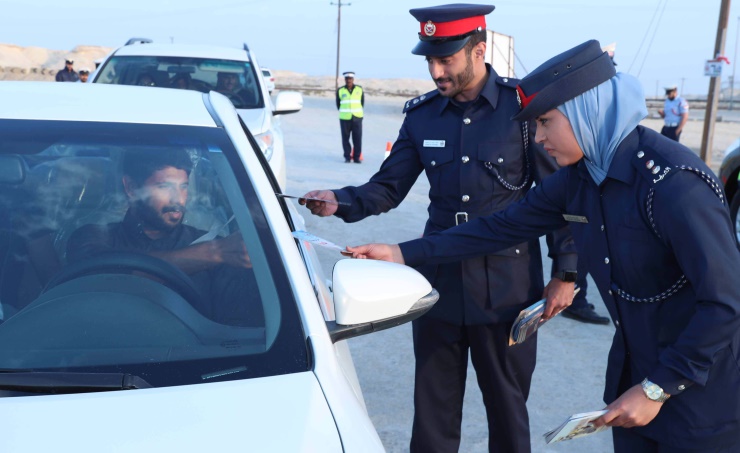 In line with the pioneering role of serving the community and promoting national aspirations aimed to spread awareness on traffic rules and regulations, the National Bank of Bahrain (NBB) is supporting and sponsoring the traffic awareness campaign for the year 2022 in its second consecutive year, after the success of the partnership with the General Directorate of Traffic in Traffic Week 2021. This year, the campaign grew into a national initiative scheduled to run until the end of the current year. It will introduce various programs, initiative and community services which will achieve the campaign’s goals, and ensure the inclusion of the entire Kingdom.

Commenting on this occasion, Mr. Abdul Aziz Al Ahmed, Chief Executive of Strategic Accounts at NBB, said: “We are pleased to announce our partnership with an important national authority such as the General Directorate of Traffic to support the launch of their 2022 Traffic Week Campaign for the second year in a row. Through our sponsorship of these campaigns, we hope to contribute to our role in achieving national aspirations aimed at spreading the awareness of traffic safety. This initiative is in line with our endeavors to make a positive impact in the Bahraini society by supporting initiatives that create societal awareness directed towards reducing behaviors that would harm the Kingdom and its members.”

In 2021, NBB partnered with the General Directorate of Traffic in their ‘In a Moment’ Traffic Week Campaign, through which 13,000 students of different ages, and 7,539 employees from both private and public sectors attended awareness sessions organised by the General Directorate of Traffic. A total of 6,230 people benefited from the inroad awareness sessions, and in the year 2021, accidents decreased by 60% after the launch of the initial traffic strategy in the year 2015.

Brigadier Shaikh Abdulrahman bin Abdulwahab Al Khalifa also expressed the value that the National Bank of Bahrain is adding to the campaign with its boundless support in raising awareness regarding traffic safety for all age groups, moulding generations into being conscious towards maintaining road safety, which is a responsibility that falls under the society as a whole, ensuring the continuity of the collaboration between the private and various governmental sectors.