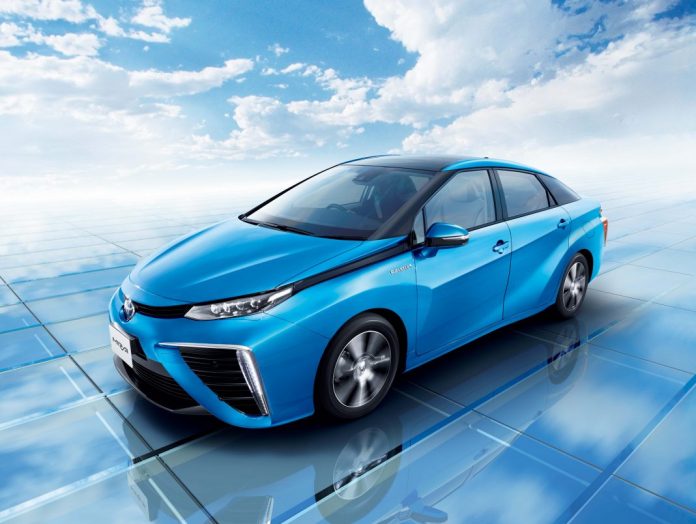 Thirteen leading energy, transport and industry companies have recently launched a global initiative to voice a united vision and long-term ambition for hydrogen to foster the energy transition.

In the first global initiative of its kind, the Hydrogen Council is determined to position hydrogen among the key solutions of the energy transition. Hydrogen is a versatile energy carrier with favorable characteristics since it does not release any CO2 at the point of use as a clean fuel or energy source, and can play an important role in the transition to a clean, low-carbon, energy system. Hydrogen technologies and products have significantly progressed over past years and are now being introduced to the market. The Council will work with, and provide recommendations to, a number of key stakeholders such as policy makers, business and hydrogen players, international agencies and civil society to achieve these goals.

During the launch, members of the Hydrogen Council confirmed their ambition to accelerate their significant investment in the development and commercialization of the hydrogen and fuel cell sectors. These investments currently amount to an estimated total value of €1.4 bn/year[1] (Dh5.5 bn). This acceleration will be possible if the key stakeholders increase their backing of hydrogen as part of the future energy mix with appropriate policies and supporting schemes.

Meeting in Davos for the first time on Tuesday, January 17th, the Hydrogen Council is currently made up of 13 CEOs and Chairpersons from various industries and energy companies committed to help achieve the ambitious goal of reaching the 2 degrees’ Celsius target as agreed in the 2015 Paris Agreement. The international companies currently involved are: Air Liquide, Alstom, Anglo American, BMW GROUP, Daimler, ENGIE, Honda, Hyundai Motor, Kawasaki, Royal Dutch Shell, The Linde Group, Total and Toyota. The Council is led by two Co-Chairs from different geographies and sectors, currently represented by Air Liquide and Toyota.

“The 2015 Paris Agreement to combat climate change is a significant step in the right direction but requires business action to be taken to make such a pledge a reality. The Hydrogen Council brings together some of the world’s leading industrial, automotive and energy companies with a clear ambition to explain why hydrogen emerges among the key solutions for the energy transition, in the mobility as well as in the power, industrial and residential sectors, and therefore requires the development of new strategies at a scale to support this. But we cannot do it alone. We need governments to back hydrogen with actions of their own―for example through large-scale infrastructure investment schemes. Our call today to world leaders is to commit to hydrogen so that together we can meet our shared climate ambitions and give further traction to the emerging Hydrogen ecosystem,” said Benoît Potier, CEO, Air Liquide.

“The Hydrogen Council will exhibit responsible leadership in showcasing hydrogen technology and its benefits to the world. It will seek collaboration, cooperation and understanding from governments, industry and most importantly, the public. At Toyota, we have always tried to play a leading role in environmental and technological advances in the automotive industry, including through the introduction of fuel cell vehicles. Moreover, we know that in addition to transportation, hydrogen has the potential to support our transition to a low-carbon society across multiple industries and the entire value chain. The Hydrogen Council aims to actively encourage this transition,” said Takeshi Uchiyamada, Chairman, Toyota.

A report entitled ‘How Hydrogen empowers the energy transition’[2]―commissioned by the Hydrogen Council―further details this future potential that hydrogen is ready to provide, and sets out the vision of the Council and the key actions it considers fundamental for policy makers to implement, to fully unlock and empower the contribution of hydrogen to the energy transition.

As global companies from major energy and industrial sectors, it is part of the corporate responsibility to provide solutions to manage the energy transition and move forward to a low-carbon, sustainable economy: joint action is required to tackle this formidable challenge. This is why we invite governments and key society stakeholders to also acknowledge the contribution of hydrogen to the energy transition and to work with us to create an effective implementation plan.

The members of the Hydrogen Council collectively represent total revenues of €1.07 trillion (Dh4.20 trillion) and 1.72 million employees around the world[3].