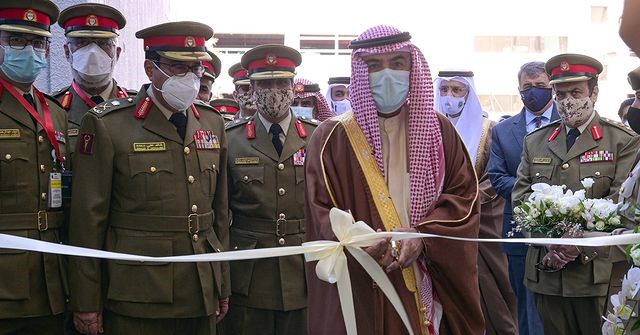 The BDF Commander-in-Chief deputized Minister of Defence, Lieutenant General Abdullah bin Hassan Al Nuaimi to attend the ceremony held in conjunction with the BDF anniversary which is observed on February 5.

Commander of the Royal Medical Services, Major General Shaikh Khalid bin Ali Al Khalifa praised the new facility stressing the advanced level of the Military Hospital. He said that the southern tower includes three main sections where the ground floor is allocated for daily cases, the first floor for operating rooms, and the second and third floors for medical laboratories.

It is worth noting that the southern tower is directly connected to the military hospital to transport patients to and from the hospital’s medical wards.