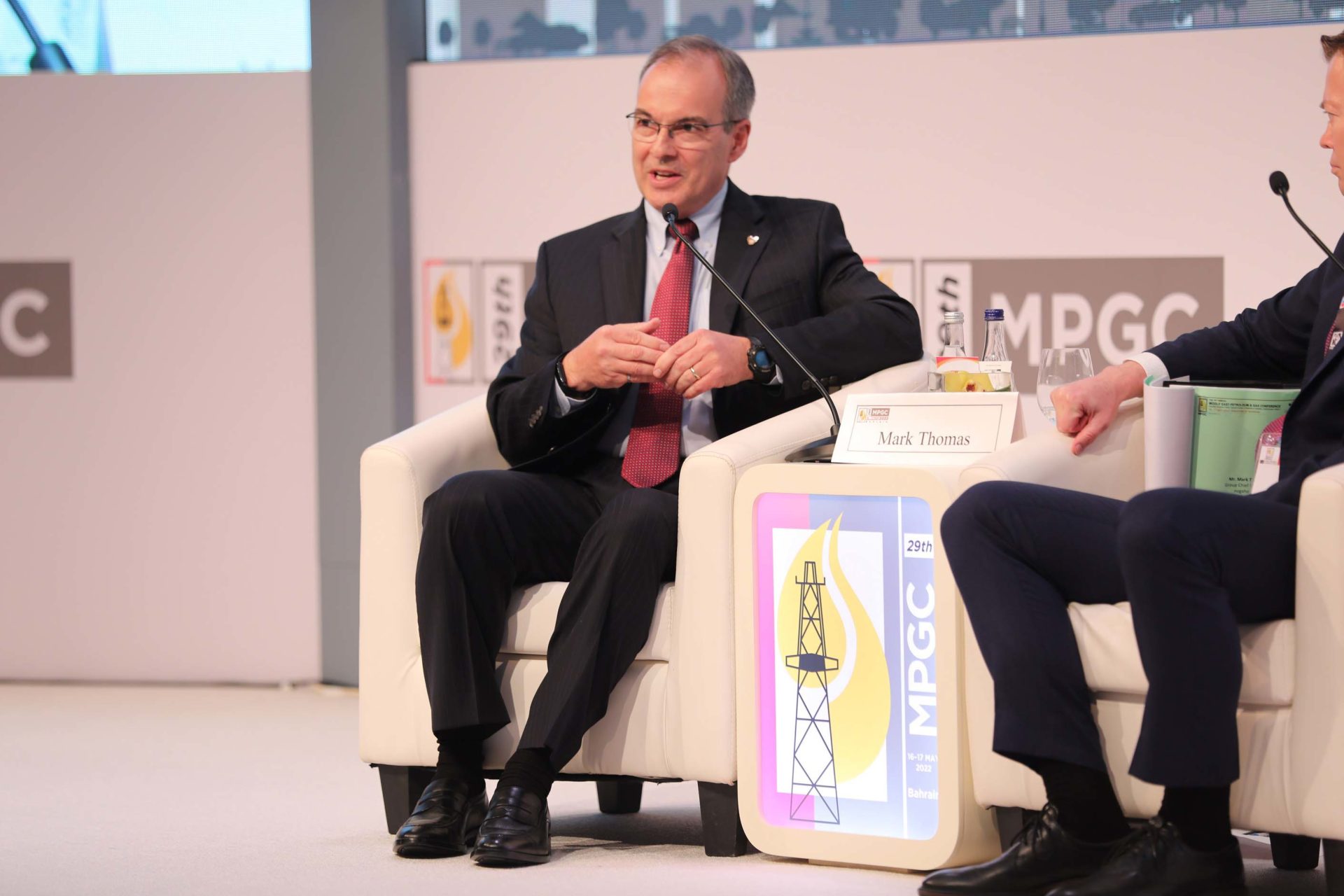 The Oil and Gas Holding Company B.S.C (“nogaholding”), co-hosted the 29th Annual Middle East Petroleum & Gas Conference (MPGC), held under the patronage of His Excellency Shaikh Mohammed Bin Khalifa Al-Khalifa, Minister of Oil, from the 16th to the 17th of May 2022 at the Four Seasons Hotel Bahrain Bay. During the event, nogaholding Group Chief Executive Officer, Mark Thomas discussed the growing changes in the global energy industry and the Kingdom’s ambitious strategy to transition into the sustainable energy era.

Deemed the region’s longest-running annual oil and gas industry gathering, MPGC provides a platform for energy leaders and experts to meet and address the latest trends and insights through debates and discussions. During the event, the nogaholding GCEO shared his thoughts on the current energy ecosystem and the region’s role and potential in leading the energy transition

According to the GCEO of nogaholding, Mark Thomas: “Transitioning into sustainable, clean energy production is not an easy task, but it is without doubt a necessity, and we are proud to be co-hosting an esteemed event such as the Middle East Petroleum & Gas Conference which provides an opportunity to openly discuss the future of energy with other leaders in the field, and draw on the cumulative knowledge and expertise to design the energy transition blueprint.”

“As the stewards of the Kingdom’s oil & gas resources, nogaholding bears the responsibility of securing the country’s energy supply and paving the way for the national energy transition agenda to meet the decarbonization mandates as pledged by His Royal Highness Prince Salman bin Hamad Al Khalifa, the Crown Prince and Prime Minister at the COP26 Summit.”, he concluded.

Established in 2007, nogaholding is the energy investment and development arm of the Kingdom of Bahrain, responsible for managing the government’s assets in the oil and gas industry. nogaholding is committed to supporting the Kingdom’s economic growth in line with the Economic Vision 2030 by building, developing and managing the Government’s portfolio of oil and gas companies.