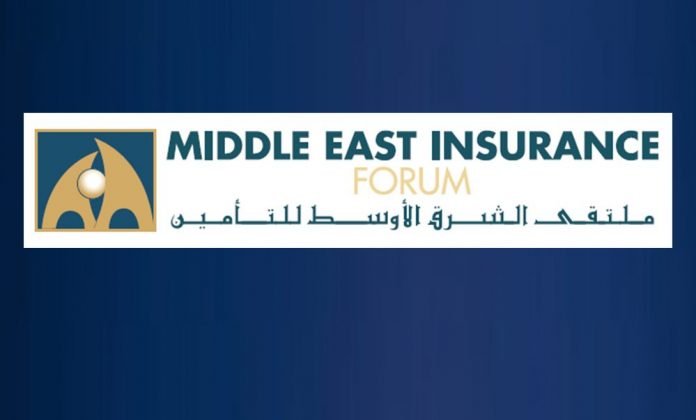 Nominations for the Best Insurance Company in the MENA Region

The 13th Annual Middle East Insurance Forum (MEIF 2017), the region’s largest and longest running industry event, today announced a call for nominations for the MEIF 2017 Awards. Held under the patronage of the Central Bank of Bahrain, for more than a decade MEIF has been the region’s foremost gathering of insurance industry leaders and an unmatched platform for promoting industry exchange and advancement. MEIF 2017 is taking place this year on the 20th and 21st February 2017 at the Gulf Hotel, Kingdom of Bahrain with more than 400 global and regional insurance and Takaful leaders and experts expected.

MEIF’s 2017 “Best Insurance Company in the MENA Region” award has been devised to honour an institution for outstanding achievement and contributions to the regional insurance market in terms of innovation, service quality, product offering and/or those that have delivered strong financial performance and progress over the past year. Submissions are open to all insurance players servicing the GCC, MENA and Levant regions.

Announcing the opening of nominations, Executive Director of Financial Institutions Supervision at the Central Bank of Bahrain, Mr. Abdul Rahman Al Baker, said: “Each year, MEIF’s awards recognise regional insurers for their accomplishments and, in particular, for their success in innovating and helping to further raise the bar and support development across Middle East insurance markets. This award, which will be presented to the winner and in front of industry peers, is a significant honour and recognition of the vast efforts underway across the industry to strengthen efficiency, grow product offerings and, ultimately, help in the expansion of an industry with great promise and opportunity.”

Key criteria to be covered in nominating materials are as follows:

Nominations and submission materials should be sent to FinMark Communications on meif@finmarkcoms.com by 5th of February. Submission will be evaluated by The MEIF Awards Committee and each nomination will be rated based on the supporting documentation presented.

Shortlisted nominees will be informed in advance with the winner announced at the Awards Ceremony to be held on the 20th of February 2017 during the 13th Annual Middle East Insurance Forum (MEIF 2017).

For more information on the MEIF Award or how to take part or sponsor, please contact FinMark Communications at meif@finmarkcoms.com or +973 17 749759.

To continue expanding its reach with the wider community, stc Bahrain, a world-class digital enabler, has partnered with Thai Mart, the only complete Thai...
Sports This Week

Raed Raffii and Raed Himmo shared the spoils for the second successive week of racing in the 2020/2021 BIC 2,000cc Challenge, held over the...
Tech

Nationality, Passport and Residence Affairs (NPRA) announced that the automatic and free extension of visiting visas would stop, adding that  fee levies would resume...
Inside Bahrain

His Royal Highness Prince Salman bin Hamad Al Khalifa, the Crown Prince, Prime Minister and Chairman of the Economic Development Board (EDB) chaired the...
Inside Bahrain

In line with the Kingdom’s national efforts to limit the spread of infectious diseases, medical check-ups will be mandatory for employees in industrial and...
PR This Week

The Aga Khan Award for Architecture announced the selection of Her Excellency Shaikha Mai bint Mohammed Al Khalifa, President of the Bahrain Authority for...
Sports This Week