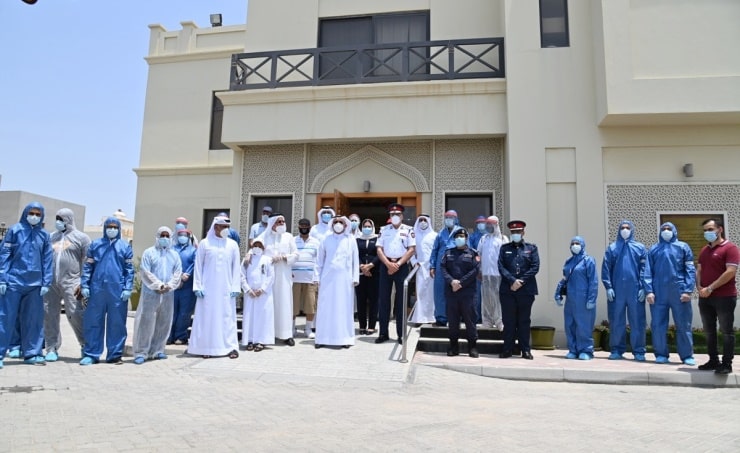 Northern Governor, Ali bin Al-Shaikh Abdulhussain Al-Asfoor, has asserted that the disinfection campaigns carried out by the Northern Governorate are part of the national efforts to combat the novel coronavirus (COVID-19).

The campaigns aim to raise awareness on the importance of continuing the sanitisation process, as the best means to reduce the spread of the pandemic, in accordance with the precautionary and preventive measures taken by the kingdom, he said.

He extended thanks and appreciation to those involved in such campaigns that reflect the citizens’ cohesion and solidarity during His Majesty King Hamad bin Isa Al Khalifa’s prosperous era.

Al-Asfoor paid tribute to Team Bahrain, led by His Royal Highness Prince Salman bin Hamad Al Khalifa, the Crown Prince, Deputy Supreme Commander and First Deputy Prime Minister, for the tremendous efforts they are exerting to fight the pandemic, stressing the importance of commitment to the collective responsibility to containing the outbreak of the virus.

The governor made the statements while inaugurating the sanitisation  campaign conducted by the Northern Governorate to support the national efforts to combat COVID-19.

The disinfection campaign was launched in cooperation with the General Directorate of Civil Defence and the Northern Governorate Police Directorate, and the participation of MPs, municipal council members and NGOs.

During the campaign, which covered community centres and sports clubs across the Northern Governorate, Al-Asfoor commended the efforts exerted by volunteers, hailing the dedication of Bahraini citizens in the service of the nation and society. He also affirmed that youth are the real assets of the nation.