Have you ever wondered about the differences...
Sports This WeekBahrain concludes Strength Week 2021 with World’s Strongest Man tournament 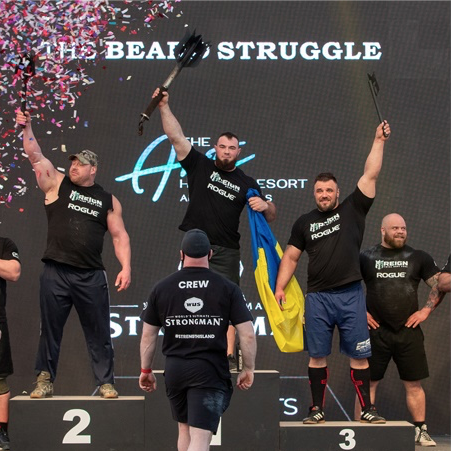 The Strength Week 2021 recently concluded in the Kingdom of Bahrain with the World’s Strongest Man tournament, which witnessed strong competition among the participants.

Held under the patronage of His Highness Shaikh Khalid bin Hamad Al Khalifa, First Deputy Chairman of the Supreme Council for Youth and Sports and President of Bahrain Olympic Committee, the activities continued from Match 9, to March 13.

On this occasion, HH Shaikh Khalid stated: “We are delighted to organise the World’s Strongest Man tournament in the Kingdom of Bahrain as part of the Strength Week 2021. Bahrain has become an ideal destination for hosting and organising various tournaments, given its attractive potential, logistical capabilities and tremendous youth energy that can make more successes for the Kingdom in a way that enhances its prestigious position on the international sports map.”

He added: “We praise the success achieved by the Strength Week 2021. This success has been attained thanks to the support of His Majesty King Hamad bin Isa Al Khalifa, as HM the King’s support and guidance always drive us towards more giving and effort in order to achieve the goals that we have set at the level of such initiatives, which serve various areas of life, especially the sports field.”

HH Shaikh Khalid paid tribute to His Highness Shaikh Nasser bin Hamad Al Khalifa, Representative of His Majesty the King for Humanitarian Work and Youth Affairs, for the exceptional efforts he is exerting to improve the youth and sports movement in Bahrain through implementing the directives of HM the King and the development strategies that have contributed to raising the level of sports and athletes.

His Highness lauded the distinguished organisation of the Strength Week 2021, reflecting the great professional work and competencies of the youth talent in the organising committee, and confirming their capability of managing such major events, while taking into consideration the preventive and precautionary measures to combat the spread of the Coronavirus (Covid-19) pandemic.

For his part, WUS CEO Mr. Mark Boyd said: “First of all, I would like to commend the great efforts exerted by His Highness Shaikh Khalid bin Hamad Al Khalifa in supporting and developing the sport of the strongest man in the Middle East, through the launch of the Bahrain Strongest Man Championship, which was followed by the launch of the GCC Strongest Man Championship, which were followed by the WUS, taking into consideration the strong levels shown by the participants in these two tournaments.”

Commenting further, Mr. Boyd said: “We are pleased to be in the Kingdom of Bahrain, which is hosting this edition of the tournament. Bahrain is well known for the elements and capabilities it possesses to organise such sporting events. The Kingdom also supports such sports, and is characterised by the presence of young people who practice this type of sport.”

“The World’s Ultimate Strongman has 15 athletes who are among the best competing athletes in this sport under its umbrella. WUS also has a refereeing team and commentators such as: Žydrūnas Savickas from Lithuania, one of the legends of this sport, as well as Laurence “Loz” Shahlaei. I would like to congratulate the winners of the first places in this edition of the championship,” he added.