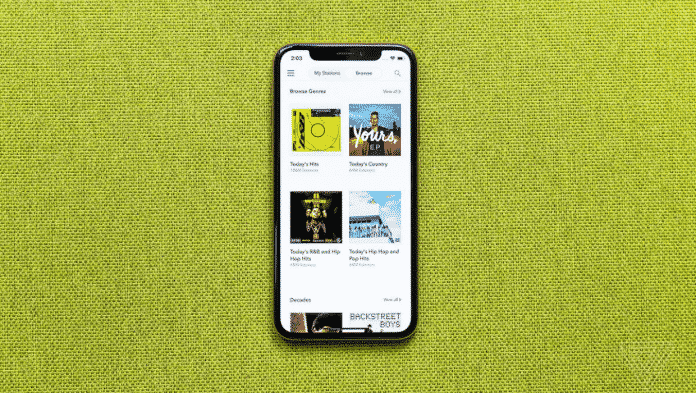 Pandora announced it will display full song credits for millions of songs on its desktop app and on the web. The new feature will be available to all tiers of Pandora users, not just premium ones, and it will include everything from who played the keyboards to who contributed audio engineering to who helped pen the lyrics or compose the melody.

Pandora is positioning the feature specifically as a remedy to one of the pitfalls of the streaming era, where music’s digitization and effectively free availability across the internet can often downplay just how many artists, engineers, musicians, and other talented professionals contributed to a track.

“Music’s physical-to-digital evolution has given rise to an era of unprecedented music discovery, but it has sometimes made it difficult to find the kind of credits and information that used to live on LP sleeves and CD inserts. Who wrote that song? Who played the instruments? Who produced the beat and arranged the strings?” the company writes in a blog post. “We believe in giving credit where it’s due.”

Right now, the full song credits feature is not searchable; instead, it’s static information supplied from a database that’s compiled using information music labels and distributors have provided. That means you won’t be able to search for, say, the drummer on a Taylor Swift song and find out what other tracks that performer has contributed to. But it is much more information than what was displayed before, which was restricted mostly to lyrics, cover art, and the song features that Pandora’s Music Genome Project uses for curation and personalization.