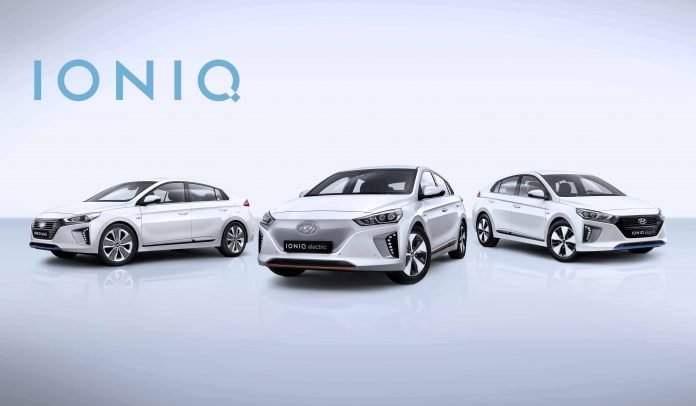 Hyundai is taking a leading role in the transition towards a more environmentally sustainable motor industry, by creating a practical path forward in moving from fossil fuels to electric vehicles that will suit a wide range of worldwide markets.

While there is now a consensus in the motor industry that electric vehicles will dominate the future, Hyundai’s Head of Operations for Africa and the Middle East, Mike Song, says there is a tendency for companies to focus too heavily on a limited choice of technologies. As a result, the products in development may not be suitable for all markets, or all uses.

Hyundai is taking a different approach. Instead of committing to one form of technology, the Korean company is now manufacturing models using four different approaches to electric power: fully electric, hybrid, plug-in, and hydrogen fuel cell.

“Most major carmakers are developing cars with electric motors, and there is a general understanding in the industry that this is the future, and that electric cars are essential to reducing greenhouse gas emissions and limiting the effects of climate change,” said Mike Song. “The problem is how do we store the electricity needed to drive an electric motor? Electric power has always been possible, and in many ways better than internal combustion, but energy storage has always been the limiting factor.”

Until recently, most alternative drivetrains in production were hybrids, with an electric motor and internal combustion engine sharing the work of turning the wheels. Hybrids are being joined by a growing number of cars that only use an electric motor to move the car. These either rely on rechargeable batteries to store energy to drive the motor, or can be a plug-in hybrid, which has a battery-electric drivetrain, but with an internal combustion engine acting as a generator when the batteries cannot be recharged from an external power source.

Also arriving as a commercially available option are fuel-cell electric vehicles (FCEV), after many years of research and development and several high-profile prototypes. With an FCEV, the fuel cell generates electricity using a chemical reaction, in which liquid hydrogen is a key ingredient. The hydrogen is replaced at special filling stations, comparable to the way a conventional car is refueled with petrol.

Hyundai has been testing various electrified drivetrains for more than 25 years, has been offering hybrids as part of its international product line-up since 2009, and was the first company to offer a production fuel-cell model when it released the Tucson FCEV in 2014. Last year the company launched its first dedicated eco-car platform, the IONIQ. In another world first, the IONIQ is the only production car engineered for a selection of hybrid, plug-in, or fully electric drivetrains.

“Of the current technologies, hydrogen is the only one that matches the convenience of petrol or diesel for quick refueling, but it requires a big investment in infrastructure, and is more expensive,” said Mike Song. “Fully electric vehicles need long periods of downtime to recharge their batteries, while hybrids offer reduced emissions vehicles rather than no emissions.

“What we need to drive the transition is a diverse range of technologies to meet a diverse range of uses and budgets. I can picture a worldwide industry where most drivers buy fully electric cars, but with hybrids popular for drivers who spend a lot of time on the road or have to cover longer distances. Higher-income countries will most likely have faster take-up of fuel cells, because of the infrastructure needed. This will most likely be for specialized uses such as taxis, public transport, or heavy trucks, which can operate around a limited number of strategically placed refueling locations.”

Mike Song says the importance of Hyundai’s approach is its recognition of these diverse needs. With the IONIQ in particular, Hyundai is showing that a single electric vehicle platform can meet different needs by changing the way it stores energy.

“Every IONIQ delivers power to the road from an electric motor, and that is the big breakthrough,” Mike Song said. “From this point, we can adapt and evolve how we deliver energy to that motor in small steps as the technology improves.”

“Of course, one new discovery in energy storage could change everything. The battery technology that makes today’s electric cars possible didn’t exist more than 20 to 30 years ago, and the next breakthrough could happen any day. When it does, Hyundai will be ready.”

Microsoft is about to release a big Xbox app update for iOS that includes the ability to stream Xbox One games to an iPhone....
iGA

Bahrain’s own Hamza Kooheji earned perhaps the biggest victory of his career as he walked away with a split decision win over Aidan James,...
Wheels and Gears