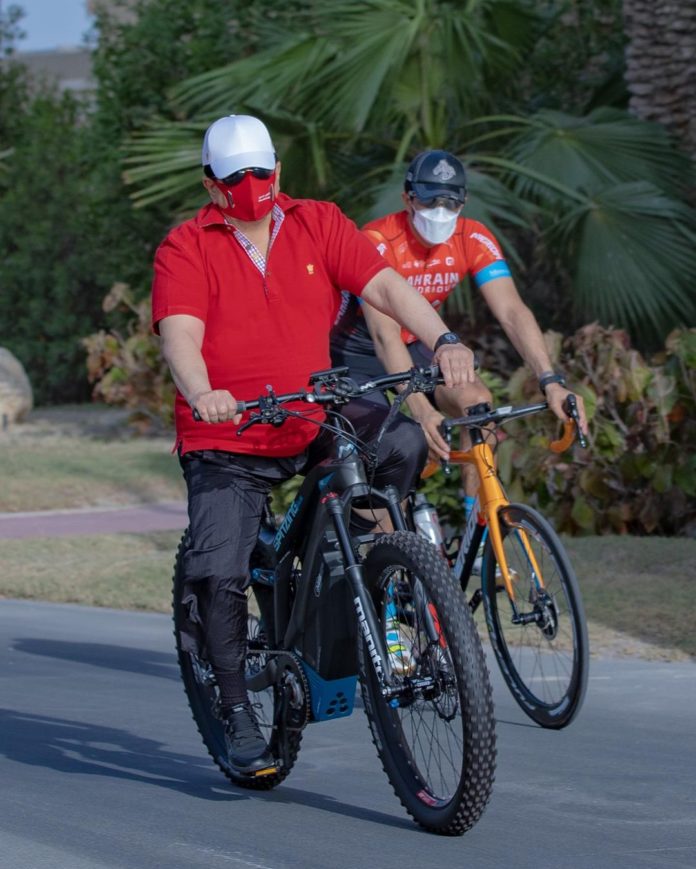 His Majesty the King’s Representative for Humanitarian Works and Youth Affairs His Highness Shaikh Nasser bin Hamad Al Khalifa, also featured in the photos with HM the King.

HH Shaikh Nasser bin Hamad Al Khalifa posted the photos on his Instagram account, commenting “training with the first sport supporter HM the King, May God Almighty bless him with long life. See how lucky we are”.

“Everyone knows this is a cycling dress, but I want you to predict who the practice will be with”, he commented.

Aston Martin opens its doors to Santan Dave and Stormzy