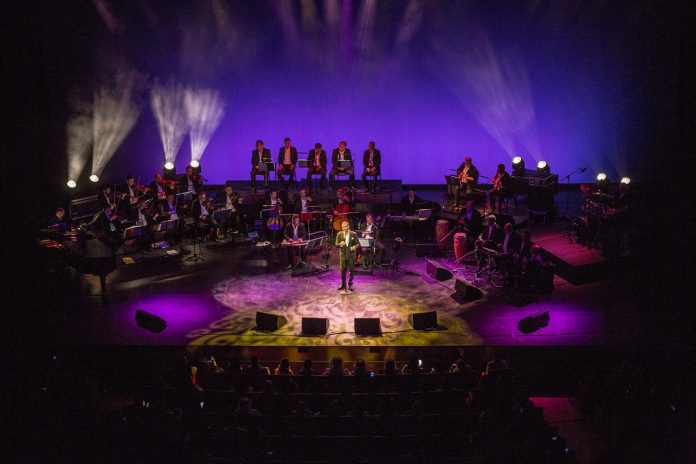 The Iraqi superstar’s final show on New Year’s Eve at the Galleria Promenade at Al Mayrah Island in Abu Dhabi drew his fans from across the Arab world who were roaring with joy and singing along to his timeless classics including “Ini Khayartoki”, “Zidini Ashqan”, “Quolee Ahibuka”, and “Ahibini.”

Initially planned to host the multi-award-winning artist’s debut concert at Dubai Opera on 30 December, Platinum Records, the leading record label and music entertainment company in the Middle East, has had to organize an additional show at the stunning venue in Downtown Dubai on 29 December due to high public demand.

“I am humbled by the huge success of my shows in this amazing country. The electrifying excitement and energy of people not only make an artist thrilled but also inspire more creativity. I cannot thank my loyal fans enough for their support and love. I would also like to extend my deepest gratitude to Dubai Opera for hosting these remarkable performances and Mubadala for ringing in the New Year at the stunning Al Maryah Island,” said Kadim Al Sahir.

Commenting on the record-breaking shows in the UAE, Taymoor Marmarchi, Head of Platinum Records, said: “There is no better way to end a year and start a new one. Kadim was simply magical, in a league and class of his own. The concerts in Dubai and Abu Dhabi truly set him apart and raised the bar for all other artists in the region. The pan-Arab audience were bursting with excitement and singing along to all Kadim’s greatest hits through his concerts in this incredible country. We are grateful to Dubai Opera and Mubadala for enabling us to bring our top artist’s mesmerizing performance to all his fans in the region.”

Kadim, who is also a composer and songwriter, has sold over 100 million albums during his music career of over 30 years, and performed live to millions across the world.

Lulu Hypermarket is celebrating its 13th anniversary of being a retail leader in the Kingdom of Bahrain with a grand ‘Shop and Win’ e-raffle...
Read more

The Kingdom of Saudi Arabia’s leadership and people celebrated, the 90th National Day of Saudi Arabia, on September 23rd,  after the historical announcement of...
PR This Week