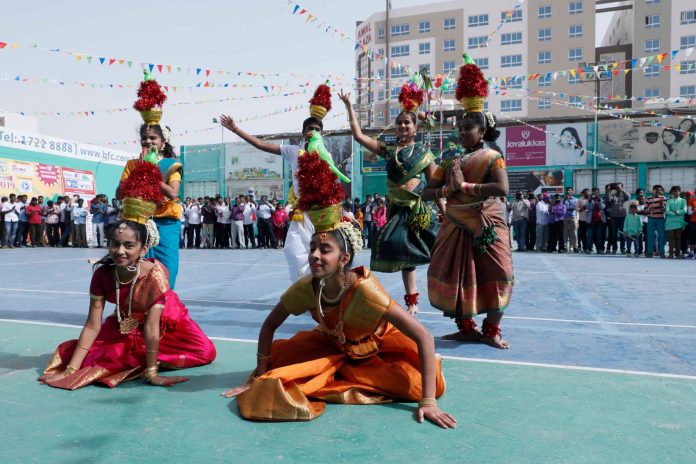 Bahrain Tamil Unarvalargal Sangam (BTUS) under the Patronage of the Works, Municipalities Affairs and Urban Planning Ministry’s Agriculture and Marine Resources Affairs Directorate, and in association with The Indian club celebrated “Pongal” the harvest festival of South India named “Farmer’s Festival 2019” at the Indian club premises on Friday, 18 January 2019.

Many VIPs, Industrialists from various community graced the event. G. Senthil Kumar General Secretary of BTUS expressed his thanks to everyone. More than 6000 people participated in the event.

Facebook
Twitter
Pinterest
WhatsApp
Linkedin
Previous articleToshiba’s New Generation Lifestyle Appliances For those Who Expect More Out of Life
Next articleInterview with Ahmed Al Khan : Urbaser Leading Bahrain to the Frontiers of the Waste Management World

All the Rotary Clubs of Bahrain organised a joint handover event on 29th June 2020 on Zoom. A handover is when the current President...
Read more
Inside Bahrain

Northern Governor, Ali bin Al-Shaikh Abdulhussain Al-Asfoor, has asserted that the disinfection campaigns carried out by the Northern Governorate are part of the national...
Management Principles

A ban on afternoon work in open spaces throughout Bahrain will start on Wednesday, the Ministry of Labor and Social Development has said. The annual...
Tech