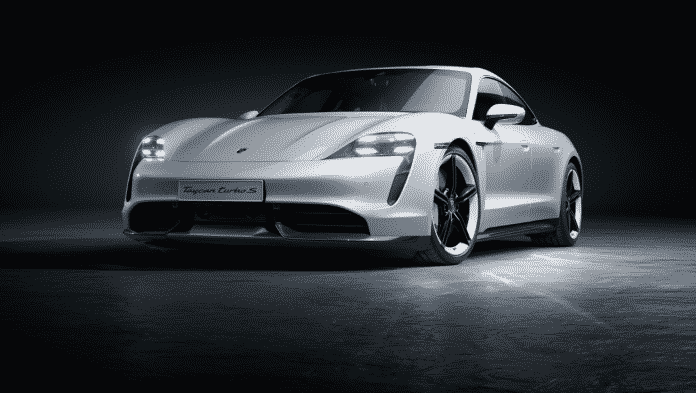 Porsche has finally unveiled its first all-electric car. After four years of concepts, name changes, spy shots, teases, and drips of information about the four-door EV, the German automaker revealed the production version of the Taycan electric sports car on Wednesday during an event that took place simultaneously on three continents. 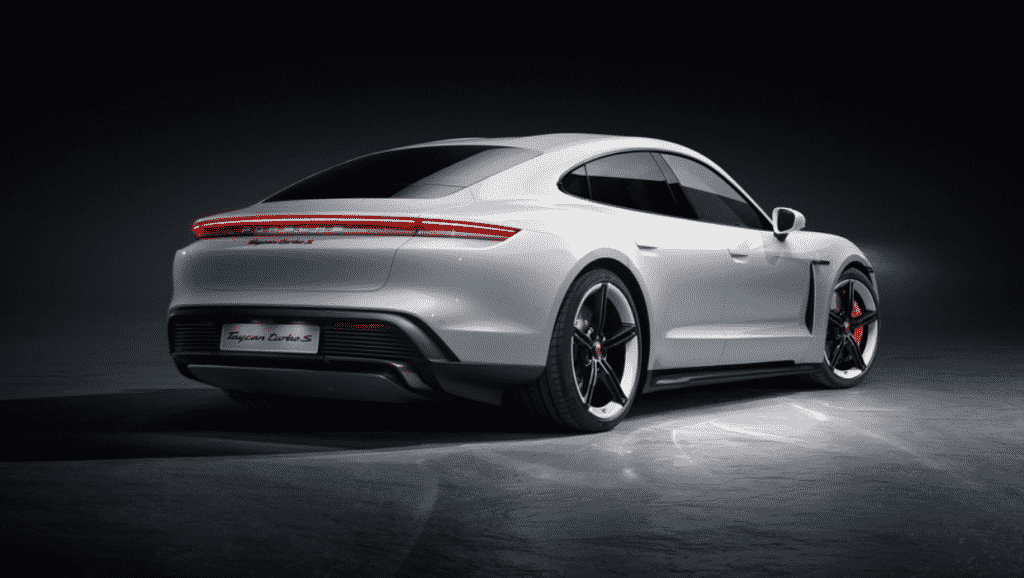 Originally dubbed “Mission E” when it was announced as a concept car in 2015, the Taycan will begin its production life as two variants: the Taycan Turbo and the Taycan Turbo S, which run a staggering $150,900 and $185,000, respectively. Both are all-wheel drive machines, and both go from 0 to 60 miles per hour in three seconds or less. (Both are also likely to spark arguments about the use of the word “turbo” in the name, even though trying to stop semantic drain is a useless endeavor.)

More variants of the Taycan, like less powerful rear-wheel drive versions or the Cross Turismo crossover that Porsche has shown off in concept form, will follow the two Turbos. Porsche didn’t share an EPA-estimated range for its first EV, though these higherend versions are expected to travel somewhere near 300 miles on a full charge. (The automaker did cite a European estimate of 450 kilometers, which would equal about 280 miles.)

Both initial versions of the Taycan will use a dual-electric-motor setup to put out the equivalent of 616 horsepower. The Taycan Turbo will make 670 horsepower in the special get-off-the-line-quickly “launch control” mode, while the Turbo S can put down 750 horsepower in that mode. The result is that the Taycan Turbo can go from 0 to 60 miles per hour in three seconds flat, while the Turbo S will make that same run in 2.6 seconds.

The two Taycan Turbos draw their energy from a 93kWh battery pack that weighs in at 1,389 pounds. In all, both cars weigh just a touch over 5,100 pounds, which is just a few pounds lighter than the current version of Tesla’s Model X SUV, and a few hundred pounds heavier than the Tesla Model S sedan.

All told, that means the first Porsche Taycans will cost more than Tesla’s offerings, but they will just about keep pace with the Silicon Valley automaker’s top-tier cars. (It will also leave its German counterparts’ EVs in the dust in both categories.) The Taycan keeps pace with a top speed of 161 mph, as compared to Tesla Model S and X performance 163 mph top speed (thanks to a recent overthe-air software update). Porsche is also touting the Taycan’s ability to repeatedly launch off the line without overheating the battery pack, something that most modern EVs aren’t really built for.

One thing Porsche is counting on to move Taycans (beyond the brand name itself), is the thing Porsche has touted most during the four-year tease of its first EV: the fact that the car’s massive battery packs can charge rapidly. Thanks to the 800-volt technology that Porsche is using in the Taycan, both variants can be charged from 5 percent to 80 percent in just under 23 minutes when hooked up to chargers that can charge at 270kW. (Porsche has promised to build charging stations capable of 350kW charging at its dealerships, and parent company Volkswagen has begun building out a network of chargers in North America that can handle up to 350kW charging.)

These details help fill out the picture Porsche’s been painting of the Taycan, which is: it’s an EV that will offer supercar performance without forcing buyers to make sacrifices on practicality. Last month, the German automaker showed off the first photos of the inside of its first EV, revealing a typically Porsche interior, though one with more screens and touch-sensitive panels than usual. The Taycan will also be the first car with a built-in Apple Music app. Buyers of similarly specced performance cars usually have to sacrifice some comfort, but Porsche is promising deep-pocketed Taycan buyers will get a future-facing (but still premium) version of the cabin experience the company’s luxury sports cars are known for.

Porsche has said it wants to offer versions of the Taycan that cost under $100,000. But even if or when that happens, the car is never going to be a mass-market sensation. Instead, it’s meant to be the most aspirational electric car in parent company Volkswagen’s impending (and imposing) stable of electric cars. Wednesday’s event didn’t answer every question that potential buyers or outright Porsche fans might have about the company’s first electric car. But it did answer just how aspirational Porsche wants the Taycan to be.

BRAVE Combat Federation, a product of His Highness Shaikh Khaled bin Hamad Al Khalifa's vision, is back to holding events across the world, taking...
iGA