Dusk beckons the start of a wonderful...
Sports This WeekPreparations for International BRAVE Combat Week reviewed 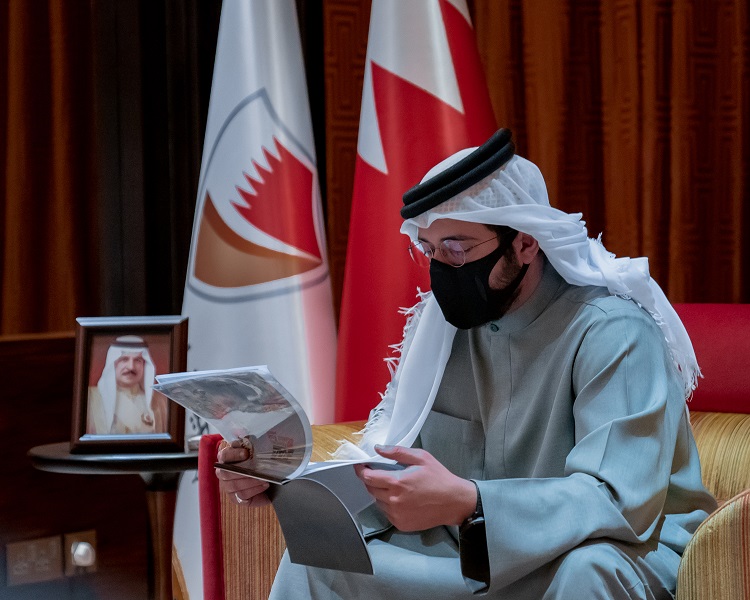 At the beginning of the meeting, HH Shaikh Khalid hailed the efforts of Bahrain Combat Sports Council under the presidency of Shaikh Salman bin Mohammed Al Khalifa towards supporting the associations and federations operating under its umbrella.

HH Shaikh Khalid was briefed about the steps that will be taken to prepare for the event which is among the major sports functions hosted by Bahrain. This includes creating working groups and committees. HH Shaikh Khalid stressed the importance to double the efforts to make the event a huge success.

His Highness added that the International BRAVE Combat Week plays a key role in cementing Bahrain’s advanced position as a leading hub for hosting big international sports events, stating that this contributes to supporting the national economy and delivering Bahrain Economic Vision 2030.

“The achievements accomplished by Bahrain’s combat sports, including the MMA sport which is leading the international ranking are the fruit of the backing and support of HM King Hamad bin Isa Al Khalifa to sports and sportspeople as well as the interest of HRH Prince Salman bin Isa Al Khalifa, the Crown Prince and Prime Minister,” HH Shaikh Khalid said.

Moreover, HH Shaikh Khalid highlighted the exceptional efforts being exerted by HH Shaikh Nasser bin Hamad Al Khalifa, the Representative of HM the King for Humanitarian Works and Youth Affairs, which have positively impacted the strong Bahraini presence in key sports events at the continental and international levels.