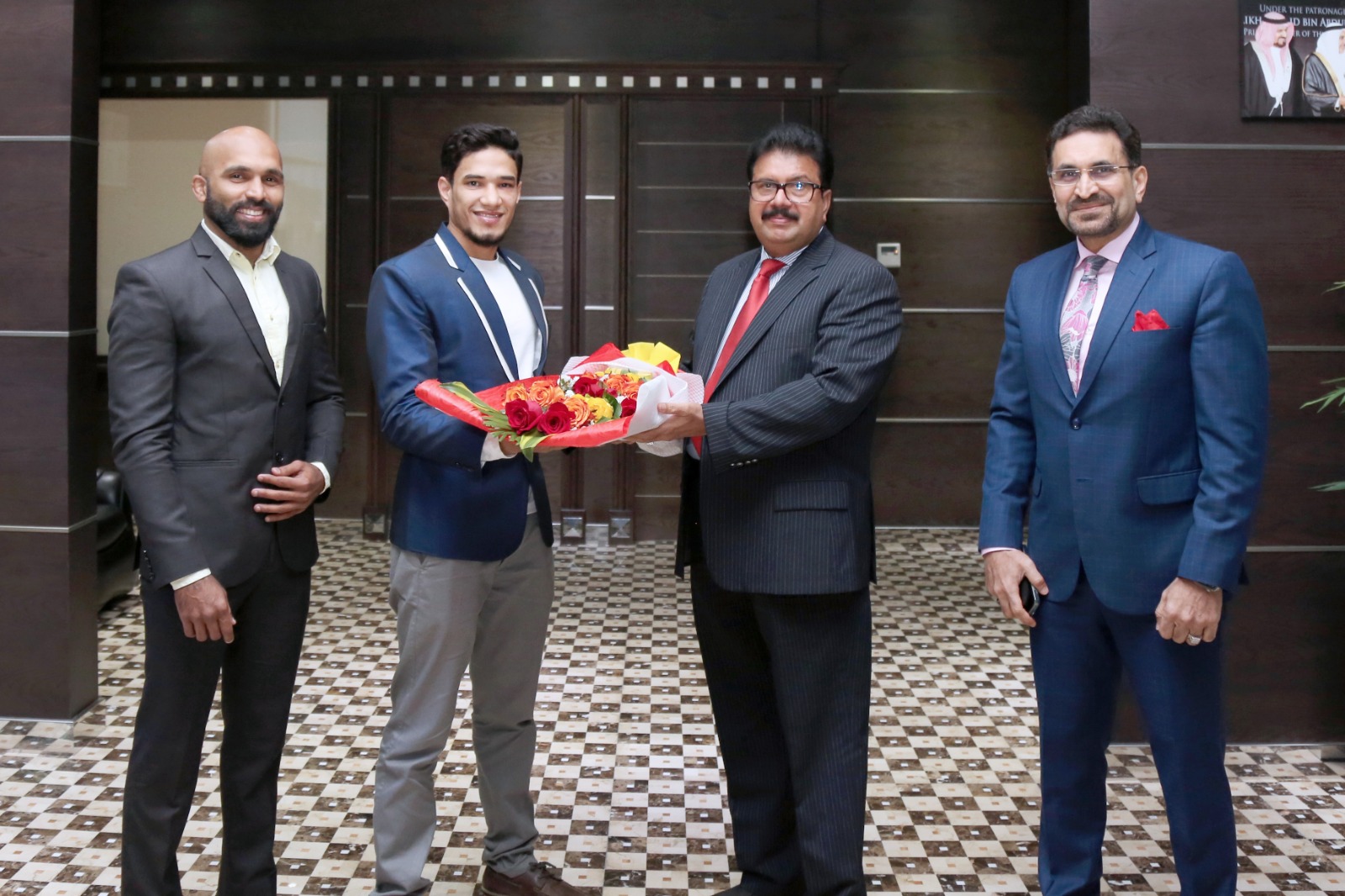 BRAVE CF 47: Asian Domination featured an amazing India vs Pakistan contest that captured the imagination of the entire world, showcasing true sporting rivalry in a world-class bout which eventually fell to India’s Mohammed Farhad as he scored an unforgettable knockout over Uloomi Karim, from Pakistan.

After the bout, which took place at the historical Arad Ford, in the Kingdom of Bahrain, Mr. Farhad was highly praised by prominent NRI businessman and Pravasi Bharatiya Samman awardee Dr Varghese Kurian, who made sure to pay homage with gifts for the young star.

Dr Kurian, Chairman of VKL Holdings and Al Namal group of companies, felicitated the young Indian athlete and expressed his gratitude to His Highness Shaikh Khalid bin Hamad Al Khalifa, First Deputy President of the Supreme Council for Youth & Sports for establishing BRAVE Combat Federation with the vision to unite nations through sports.

“It is amazing to see the platform that HH Shaikh Khalid bin Hamad Al Khalifa has built with BRAVE CF that has given young athletes an opportunity to perform on an international platform. It is the need of the hour to encourage bright and talented athletes like Farhad to be given more opportunities and exposure and turn them into champion’’, said Dr Kurian, who also hailed the impact made by the fastest-growing MMA organization in the world and made sure to congratulate Mr Farhad on his big victory.

‘’I also want to thank BRAVE Combat Federation for recognising the talents of Indian athletes and giving them the means to prove their mettle against the best of the best in the world. My congratulations to Mohammed Farhad who fought like a warrior and knocked out his opponent in the second round. Hopefully this is just the first of many’’.