Whether you’re a landlord or a tenant,...
TechPUBG MOBILE ANNOUNCES 6 MILLION PRIZE POOL FOR PUBG MOBILE GLOBAL CHAMPIONSHIP 2021 AFTER THE LAUNCH OF PUBG MOBILE WORLD INVITATIONAL 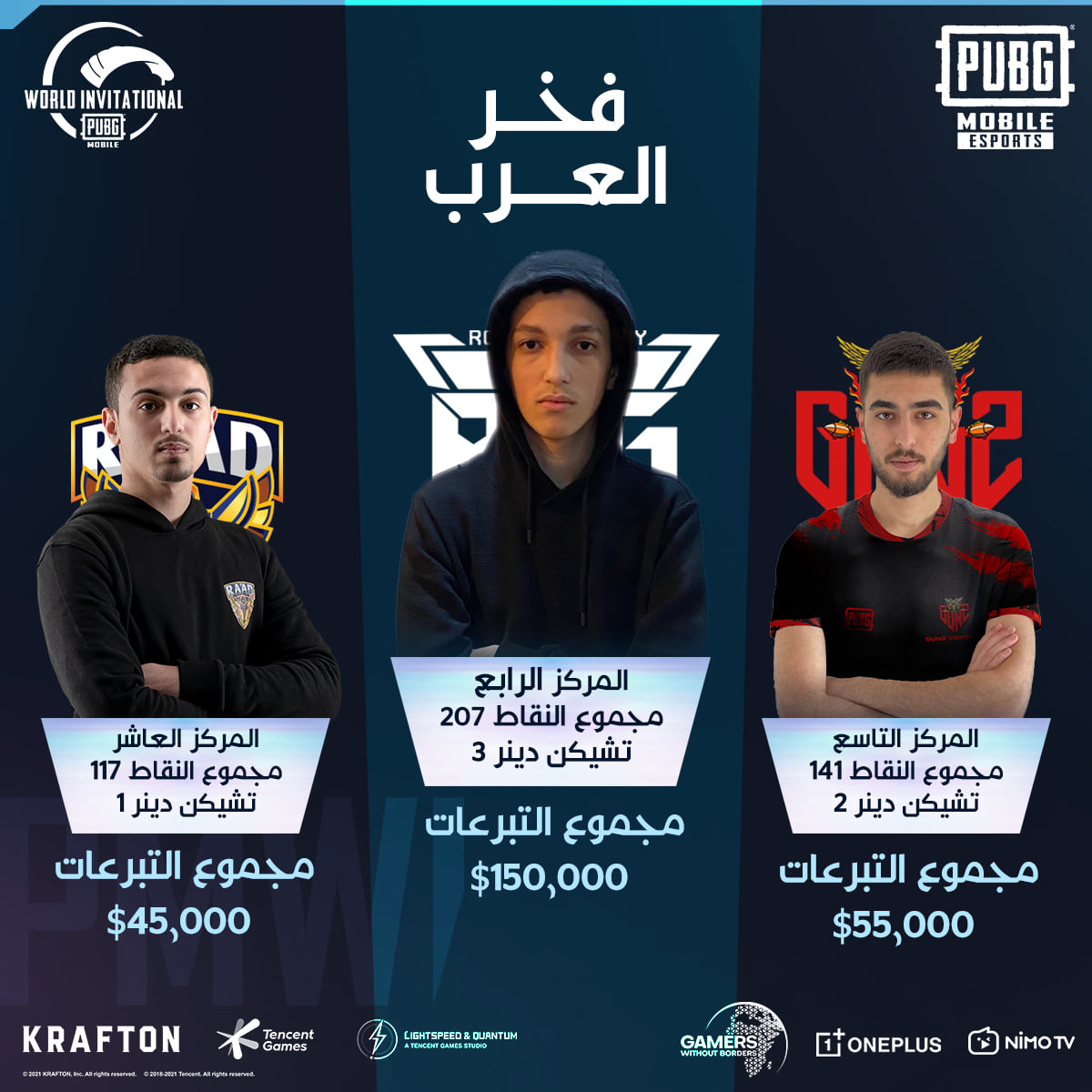 PUBG MOBILE and Gamers without Borders are pleased to share that Valdus Esports and Alpha 7 Esports have been crowned winners of PUBG MOBILE World Invitational 2021 (PMWI). After four days of exhilarating matches which saw the best teams from across the globe go head-to-head for a $3M USD charity pool, Alpha 7 Esports and Valdus Esports were crowned PMWI West and PMWI East champions respectively. On the last day of PMWI 2021, PUBG MOBILE also announced details for PUBG MOBILE Global Championship 2021 which will kick off in November with a total prize pool of $6M USD.

The PMWI 2021 provided PUBG MOBILE fans with thrilling and exciting matches across PMWI East and PMWI West. In PMWI West Alpha 7 Esports showcased why they were crowned champions with 251 points and 119 kill points. In second place was Konina Power with 227 points and in third was Next Rüya Gaming with 213 points. RTG ESPORATS from Morocco ranked 4th with 3 chicken dinners and 207 total points. Over in PMWI East the competition was just as fierce with winners Valdus Esports receiving a total of 287 points and Natus Vincere and D’XAVIER following in second and third with 224 and 186 points. The teams from each division will be able to choose from multiple Humanitarian Aid organisations to receive its charity pool share with $1.5M USD being divided across each division.

“Congratulations Valdus Esports and Alpha 7 Esports! I’m so proud to see yet another PUBG MOBILE global esports event come to a successful conclusion with some action packed matches. It has also been a privilege to work alongside Gamers Without Borders to host a truly unique tournament and unite with our players for a good cause. I am now excited to turn our attention to the PUBG MOBILE Global Championship 2021 which will be our biggest tournament to date promising something really special for our players, partners and fans,” said James Yang, Director of PUBG MOBILE Global Esports.

PUBG MOBILE is based on PLAYERUNKNOWN’S BATTLEGROUNDS, the phenomenon that took the world of interactive entertainment by storm in 2017. Up to 100 players parachute onto a remote island to battle in a winner-takes-all showdown. Players must locate and scavenge their own weapons, vehicles and supplies, and defeat every player in a visually and tactically rich battleground that forces players into a shrinking play zone.

How to Add ChatGPT- AI to your WhatsApp Chatbot.