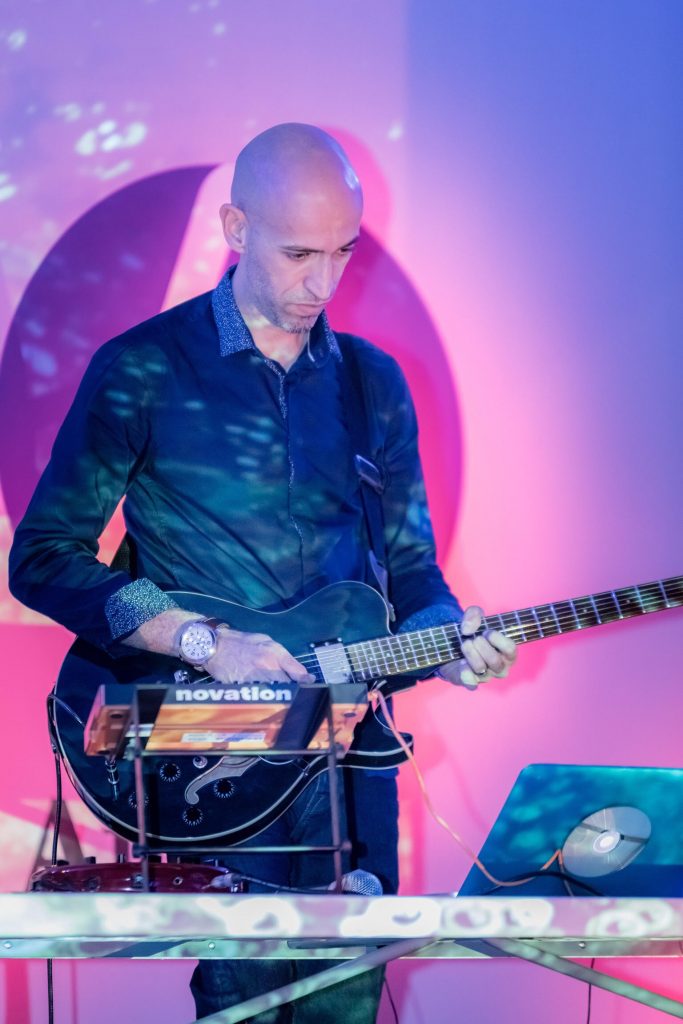 Na Der walks us through his evolution as a producer. The down-tempo, ambient and world fusion producer has won honors for his album Seascapes from Global Music Awards. He shares with BTW his inspiration and challenges.

Tell us briefly about yourself. Where you were born, your educational background and so on.

I was born in Bahrain. I studied at the University of Bahrain and my specialization was in Business Administration. Recently when I got into electronic music I really liked German producer Chris Zippel and I think he has given major inspiration to me.

Tell us about your passion for music. Where did it all start and how?

The passion for music started when I was really young. Even from the early days of school. I guess I was born with that. Out of the toys we used to get at home I got a keyboard once. I used to hear things and then try to play them. When I graduated from intermediate school I had a guitar as my graduation gift and I started learning through books and videos. And the guitar being my companion I fell in love with it when I was in school.

I loved rock music at that time and so I got it as a gift from my mom for my graduation. When I decided to produce original music, I was always thinking I have to do something different. I shouldn’t produce something that’s already there in the scene.

Then I thought, I love the guitar although I’m not like a rock guitarist nor play really fast. I don’t do that. I saw that the guitar can be used in other ways. I thought I would use guitars in ambient music and that’s how it happened.

After sometime, I felt like ok “maybe I have played enough copying others and playing covers”. Then I thought I have to, because I love music so much i thought I could make it my main thing and make a living doing it. I started working on an album and it was something between pop and world music.

I was working on it for a long time. After that I got exposed to world music, Irish, Indian and Pakistani music. I used to listen to many different styles in addition to the pop and rap we listen to all the time.

After that I got exposed to electronic and I found that there are so many genres and sub-genres. I saw that there was ambient and chillout. I didn’t expect such categories were there for someone to specialize in that kind of music.

Who has been your inspiration?

I used to love watching movies and I loved music for films. I used to like compositions by French musician Eric Serra and I used to like Peter Gabriel, Sting and U2. These were my main inspirations.

Tell us about the significance of music in your life?

I feel like music is a major part of me and my life. I can’t call a day complete without music. It changes my mood or keeps me at a particular one or one which I want to be in.

What have been some of the major challenges of your life?

Musicians face many challenges in life. I just started recently to perform. Maybe finding the right places to perform in and start making money out of the music are some of the bigger ones.

Do you feel a formal training is essential to pursue music composition?

I don’t think so. Not in the formal way like you go to a music school because I didn’t do that. But it doesn’t mean you shouldn’t do any kind of training. You can say I’m self taught, watching YouTube and resources there are so much you can learn from. I don’t think formal training isn’t that important. Passion is the main thing and then you can train yourself by learning from friends and the Internet.

Tell us about your live performances and have you played outside Bahrain?

A live performance I did so far was at Block 338. It had a wonderful crowd with people who love art. I believe my kind of music is fairly new to Bahrain. They are happy to hear new stuff. Other places were Argan Village and the opening of the Cup of Art cafe. I’m starting now and I need to make more music. I haven’t performed out of Bahrain yet but it would be nice for people to know what Bahrain has to offer.

What is your message to the aspiring artists of Bahrain?

My message for inspiring artists is to do what you love. Try to come up with new stuff. We have many wonderful talents such as guitarists, drummers and those playing other instruments. Try to do something new and don’t let anything stop you. We also need to support and help each other.

What kind of help or support do you need to reach your goal?

We, as musicians, spend a lot of time… a lot than most people think to produce what they listen to. The support I am looking for honestly is the support of the audience or the people to appreciate what we are doing and at least buy our stuff. This is the biggest support me as a musician can ask for.

The Ministry of Culture could see what kind of musicians we have in Bahrain and try to promote us outside. To recommend us to some other festivals would be a really good help for us as musicians.

A Bahraini delegation comprising of businessmen and media recently visited Thailand as invited by The Department of International Trade Promotion (DITP) which established, under...
Read more
Contributors

ALL FOOD FOR FOOD STUFF is a reputable Bahraini Company that was established by Mohamed Abdulaal. The company ensures importing, exporting and trading fresh...
Read more
Contributors

Raneen Bukhari grew up in what she calls “a business/art environment”, Her mother an artist and her father a businessman. In 1990, her parents...
Read more
Contributors

With AlRiwaq Art Space celebrating its 20th year anniversary, I decided to sit down with the force behind the movement, Bayan AlBarak-Kanoo: an icon...
Read more

It’s one thing to read about the massive dinosaurs that used to roam the Earth; it’s quite another to imagine how they’d look stomping...
iGA

Arab Ministers of Social Affairs have praised the procedures taken by the Kingdom of Bahrain to handle the repercussions of coronavirus (COVID-19) pandemic in...
© GO ALIVE MEDIA
MORE STORIES