Under the patronage of His Majesty King...
TechQuick look at Nvidia’s new RTX 3080 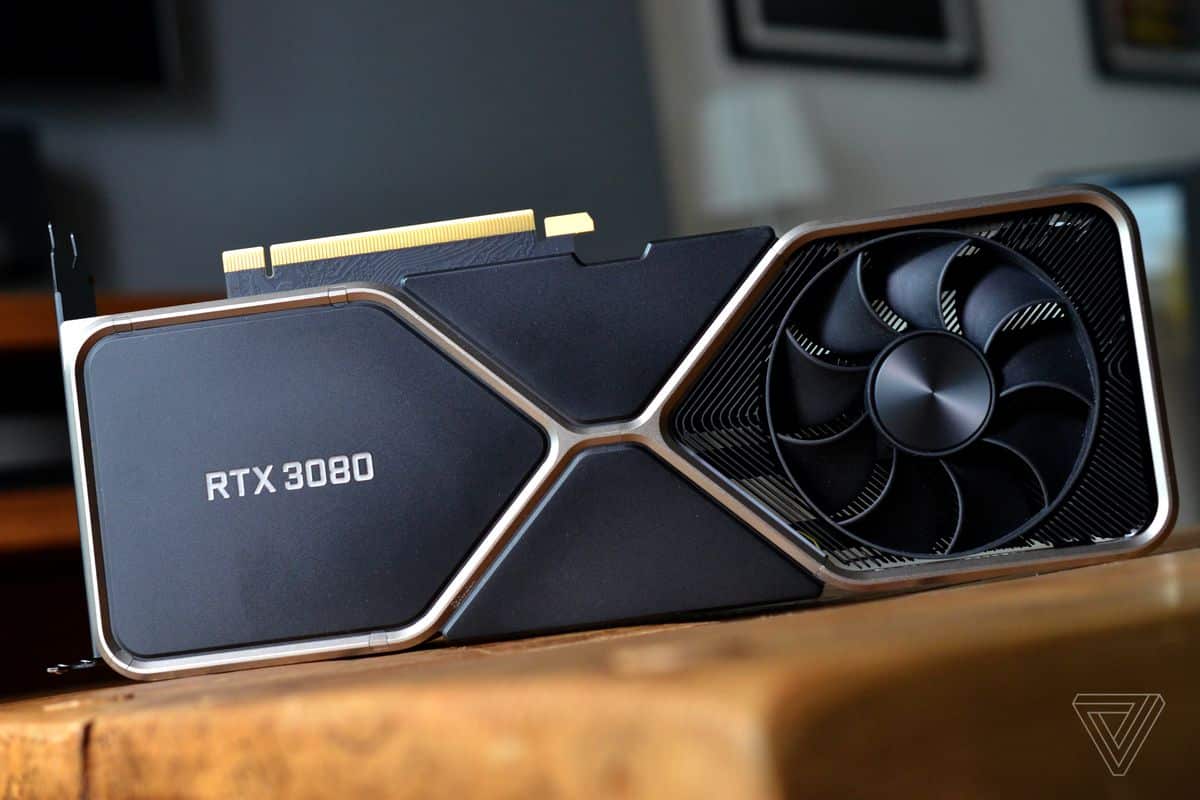 Nvidia is promising big things with the GeForce RTX 3080 graphics card. “Twice the performance” of the RTX 2080 is perhaps the biggest claim of them all, with pledges of a PC gaming breakthrough. While we’re still putting the RTX 3080 through its paces, here’s a closer look at what the actual hardware looks like.

Nvidia has switched to a new pennant-shaped board for the RTX 3080 and combined this PCB with a new cooling shroud. That means the RTX 3080 forms a figure of eight, with fans flanking either side. Nvidia is using a push-pull system here, with the left-hand fan acting more like a traditional blower cooler by exhausting air out of the PCIe slot. The right-hand fan pulls air into the card, which then exhausts on the opposite side close to your CPU cooler and rear case fan.

Nvidia claims this is a more optimal airflow model, reducing GPU temperatures on the RTX 3080 by around 20C, but there is concern it could affect CPU temperatures by passing air directly over the CPU. Either way, this new card should deliver quieter and more efficient cooling.

Another big change with the RTX 3080 hardware itself is a new 12-pin connector. It’s smaller than using two traditional eight-pin connectors, but it does mean you have to use a rather awkward adapter that splits and hangs out the side of the card. Thankfully, Corsair has committed to creating a dedicated 12-pin connector for these cards, and hopefully other PSU manufacturers will also create their own versions. These new 12-pin connectors will only be found on Nvidia’s own RTX 3080 and RTX 3090 cards.

Compared to the RTX 2080, the RTX 3080 isn’t that much bigger. It’s slightly longer at 285mm versus 267mm, but it’s still a dual-slot design and will fit into the majority of cases. The same can’t be said about the size of the RTX 3090, which promises to be a monster of a card in more ways than one. Nvidia’s RTX 3080 will ship with 10GB of GDDR6X memory, and Nvidia is using 8,704 CUDA cores combined with a 1.71GHz boost clock. This all adds up to 29.7 teraflops of performance.