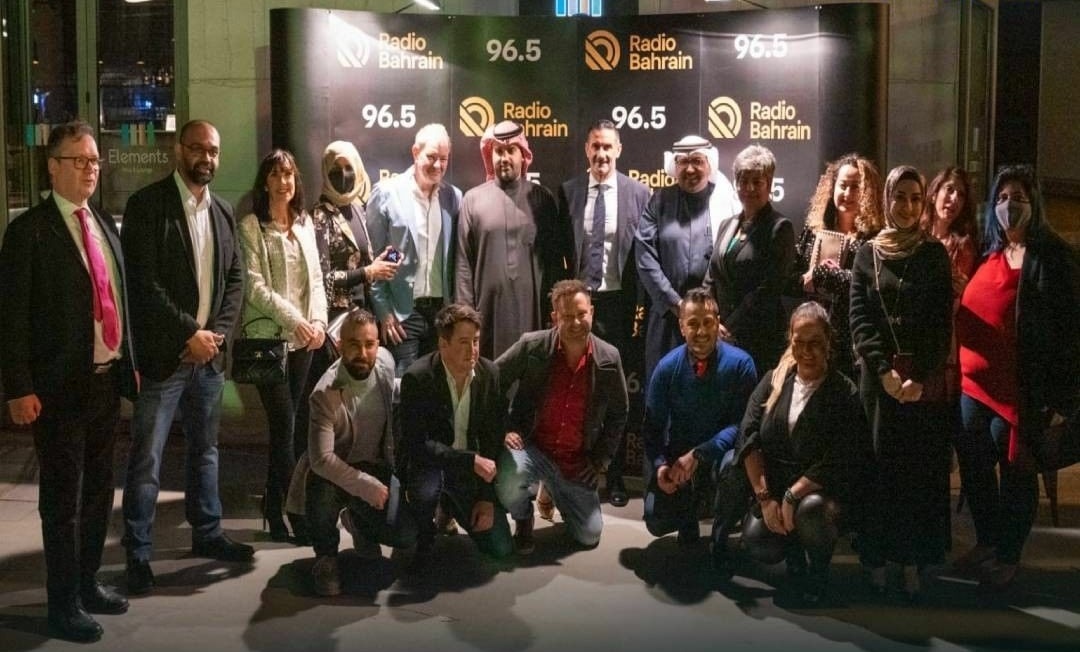 The new visual identity draws from the station’s vintage heritage as Bahrain’s first English language radio station and simultaneously conveys the station’s ongoing evolution and expresses the innovative core of the brand with a contemporary aesthetic. ‘Alive with Music’, the new slogan communicates the station’s uniqueness in providing music and entertainment wrapped in personality and further connects and entertains its audiences in Bahrain and the Eastern Province of Saudi Arabia.

“We’re delighted with the new corporate identity which reflects Radio Bahrain Company’s ambitious development plans and supports our efforts to steer the station through the evolving and expanding landscape of modern broadcast radio,” said Khalid Mohammed Mattar, Chairman of the Board of Directors of Radio Bahrain Company.

Radio Bahrain Company’s CEO Omar Khalifa Shaheen added: “Radio Bahrain is an institution within our community, loved by all. It is an absolute honour to be spearheading this project into the future. We have many exciting plans ahead, stay tuned!”.

The station’s offering on the airwaves has been augmented with the recent introduction of new shows with new presenters at the helm. ‘The Big Breakfast’, aired during the week from 6 am to 10 am, is hosted by Ben Weston, an experienced radio presenter who joins Radio Bahrain from the UK where he has been a regular on some of the UK’s biggest radio stations since 1995.

A familiar voice to many listeners, Bahraini Noor Nooruddin hosts a new mid-morning show “Mellow Submarine” every weekday from 10 am to 2 pm.

Dave Cleary, a senior broadcast professional with more than 24 years of experience from the UK and the UAE has also joined the station recently.  A 2-time award winner in 2014 and 2016, winning ‘Best Radio DJ’ at the People’s Choice Awards in the UAE, Dave currently hosts ‘Loud & Cleary at Drive’, from Sunday to Thursday from 2 pm to 6 pm.

Radio Bahrain 96.5 began broadcasting in 1977 and has over the years become the most recognised English language radio station in Bahrain and the Eastern Province, reaching an audience of 6.5 million listeners in the region.