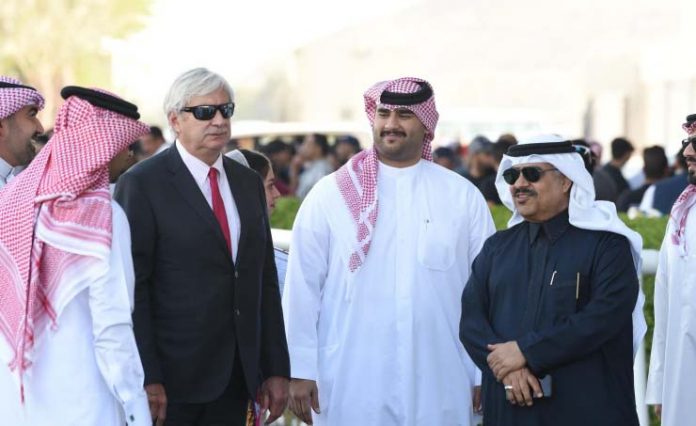 The Rashid Equestrian and Horse Racing Club held the 19th race for this season, 2019-2020, at its racecourse in Raffa, Sakhir.

NBB’s representatives presented trainer, Yussif Taher, with the trophy of the first round, and that of the second round to trainer, Fawzi Nass.

HH Shaikh Salman bin Mohammed bin Isa Al Khalifa was presented with the trophy of the sixth round, and Abdulla Fawzi Nass with that of the seventh round.